Electroland Returning to Disneyland Paris for Third Edition in 2019 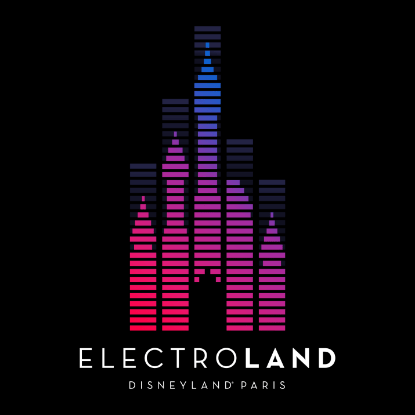 Electroland Returning to Disneyland Paris for Third Edition in 2019

It’s official – Disneyland Paris has announced that following the success of this year’s edition, Electroland will return to the resort in 2019.  Held over two nights (June 29 and 30), this year’s edition welcomed over 16,000 music lovers.  Bigger and better than ever, it featured eight world-renowned DJs, extended park hours, breathtaking night shows, exciting rides and surprises galore.

On Friday June 29, four top DJs took to the stage in Walt Disney Studios Park to spin classic mixes and new hits alike: Belgium’sHenri PFR, the French phenomenon Klingande and the legendary Bob Sinclar (Love Generation and World, Hold On). Crowds danced the night away while amazing special effects were projected on the Hollywood Tower Hotel attraction. The evening closed out with the German superstar Robin Schulz (Sugar and OK) and a surprise visit from two of Marvel’s Guardians of the Galaxy: Star-Lord and Gamora.

For the first time ever Electroland continued into a second night, starting with the British saxophonist Lovely Laura and her DJ husband Ben Santiago.  They were followed by Switzerland’s Mosimann, Holland’s Afrojack and finally superstar duo Dimitri Vegas and Like Mike.

Fans of The Avengers were even treated to an unexpected appearance on stage from Loki and his brother Thor.

“Electroland is a unique experience for music lovers and Disneyland Paris fans alike.  It’s an opportunity to enjoy a world-class music festival in a one-of-a-kind setting.  Electroland is part of a growing list of upcoming special events like the runDisney weekend, Disney Loves Jazz Festival and Rendez-vous Gourmand that attract both new and repeat guest.  These events give them the opportunity to enjoy their favorite resort in a brand-new way,” stated Gustavo Branger, Vice-President Disney Business Solutions & Special Events, Disneyland Paris.

2019 will see a new edition of Electroland at Disneyland Paris with yet more music, attractions, projections and fireworks.

“The organization was unbelievable. There were 8,000 people tonight, families and kids (…) It was extraordinary. Robin Schulz, Klingarde, Afrojack (…) It was a great line-up and I was proud to represent Mickey and France in front of all of Europe. Bravo!” stated DJ Bob Sinclar.

“It was absolutely amazing. It was our first time in a Disney park. I never went as a child, so I was excited. So playing here was just a whole experience. A dream come true,” stated the artists Lovely Laura & Ben Santiago.

“This is a very cool set up to play. The backdrop with the Tower of Terror, the Hulk (…) It looks great, it’s insane. It’s fun and it’s an excuse to go to a carnival and have a great party.  So I love the concept. It’s genius. It’s Disney madness,” stated DJs Dimitri Vegas & Like Mike.