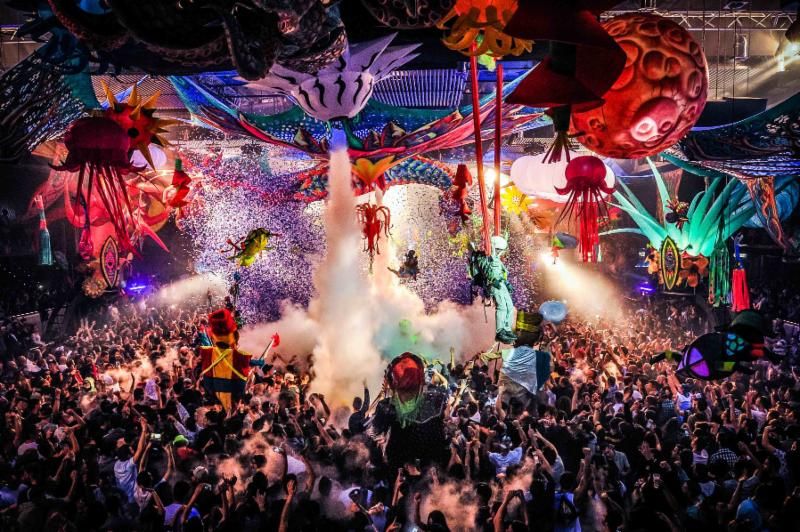 With limitless creativity, elrow brings another new concept to debut in the UK. 'Nomads, The New World' will tear a whole through time and space, transporting Glastonbury festival-goers to a strange dimension where stone-age cave dwellers, medieval knights, Bedouins and ancient Egyptians dance with giant blue space people and an array of bizarre and unusual creatures, as dazzling bursts of bright colour fill the alien atmosphere with sparkle and delight. Find the star-gate, open it up and time travel your way to the past, present and future for the wildest party in the galaxy.

Celebrating a land-mark, Lovebullets, traditionally hosted for the past 8 years within Shangri-La; Glastonbury's infamous after-hours corner, now steps triumphantly into daylight as they are welcomed, for the first time, to The Glade, located at the beating heart of Glastonbury's sprawling festival metropolis.

Making up and essential part of Lovebullets' immersive festival programme 'The House that Love Built', elrow's Glastonbury debut will bring the full force flamboyance, interactive performances and larger-than-life production that's seen them become one of the planet's most infectious party concepts.

Embarking on a series of festival adventures this summer, elrow will also host arenas at Brighton's WILD LIFE Festival on 9th and 10th of June and Parklife in Manchester on 10th and 11th June, as well as bringing a huge open-air show to London's Queen Elizabeth Olympic Park for elrow Town London on Saturday 19th August 2017.