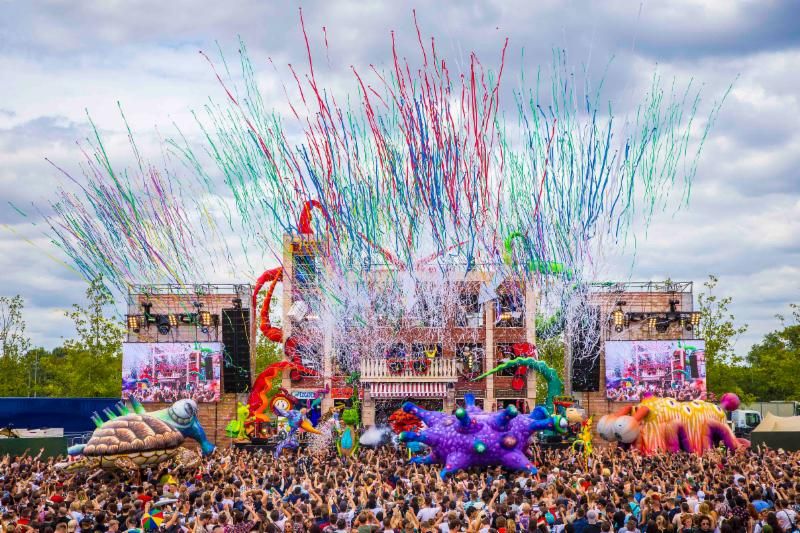 With festival season rapidly kicking into gear, elrow Town London locks in an array of jaw-dropping additions for its 2018 show on 18th-19th August at the Queen Elizabeth Olympic Park.

But that's not all. Elrow's much loved resident spinning squad will wow festival goers on both days, including one of Ibiza's most iconic figures Toni Varga, techno wonderkid Bastian Bux, swiftly ascending Tini Gesslerand genre-spanning Lord Leopard, all much sought after elrow regulars.

With more still to come, a very special headline guest will be announced to play across both days of the unmissable 2-day spectacular.

With elrow's world-renowned themes more immersive than ever, elrow Town London boasts a phenomenal lineup to match; a unique opportunity to catch a glittering roster of lauded titans of electronic music, as well as playing host to plenty of new blood too.

Undertake the wildest trip of a lifetime by grabbing tickets today from www.elrowtownlondon.com

ABOUT ELROW TOWN LONDON:
elrow Town London is a collaboration between between Spanish immersive party concept elrow and leading London events team LWE. Their debut show took place on the 19th and 20th August 2017, hosted across two days at the Queen Elizabeth Olympic Park and combined three elrow themes in one space, with Singermorning, El Rowcio Presents: Feria de Abril and Rowlympics all featured. Headline sets came from the likes of Seth Troxler, Idris Elba, Jamie Jones, Eats Everything and Hot Since 82.