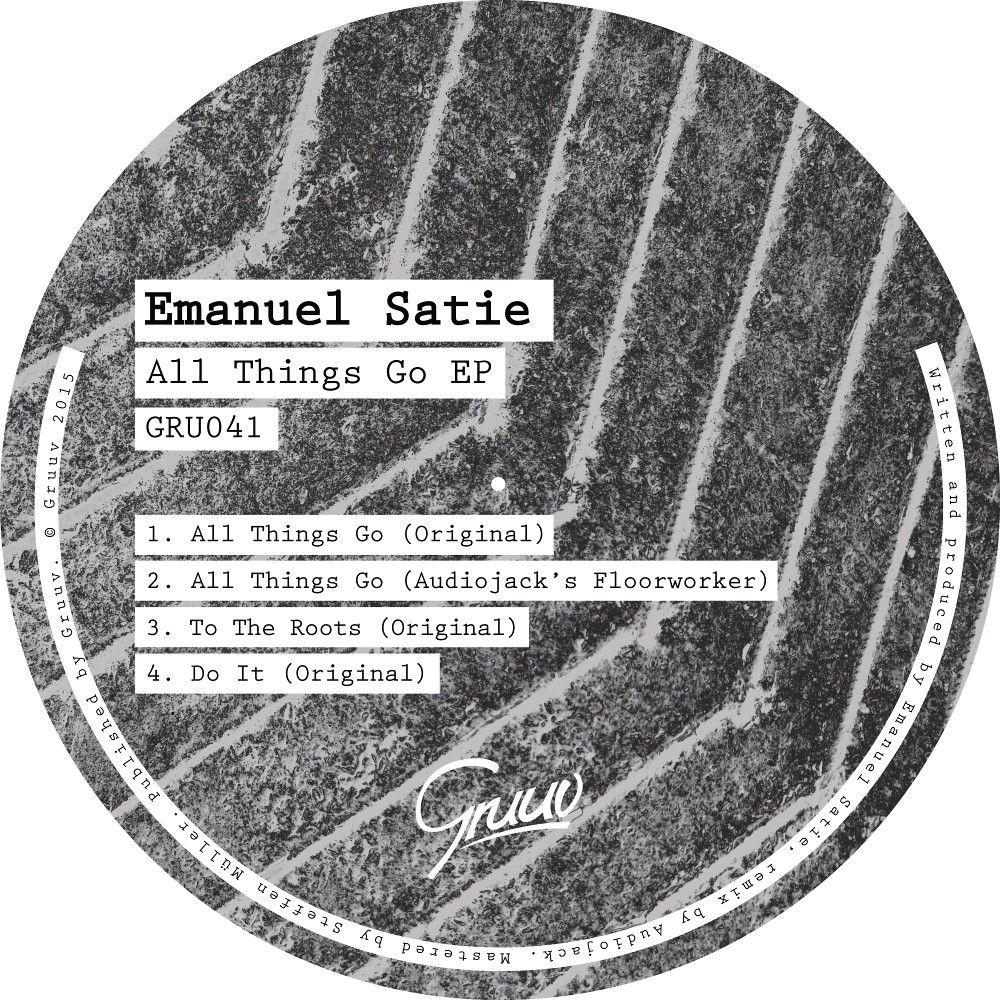 Audiojack’s Gruuv label is set to release Emanuel Satie’s ‘All Things Go’ EP this March, backed with a remix from the label founders themselves.

Gruuv : ‘’We’re very pleased to inaugurate rising star Emanuel Satie to the Gruuv family, a young German artist whom we’ve been following since his Gold EP on Get Physical pricked our ears up last summer. Growing up in Frankfurt, Satie has spent his youth soaking up the cities rich musical heritage, which has helped cultivate his talent, and with a traineeship at Cocoon under his belt too he’s acquired all the tools needed to secure his place in the underground music scene.

The EP was made as the result of an urge to step away from the more synth based instrumental style that he’d been doing a lot of and create something more soulful and sample based. He draws on his musical roots in Motown and Hip-hop to provide three fresh cuts of classy house music.

As soon as these tracks landed on our doorstep we listened and signed them on the spot, a rare treat to get a 100% hit rate. We then decided that we really wanted to remix ‘All Things Go’ too; with such cool sample sections to play with it was just crying out for some of the old school sample cutting that’s been a big influence in our music.’’