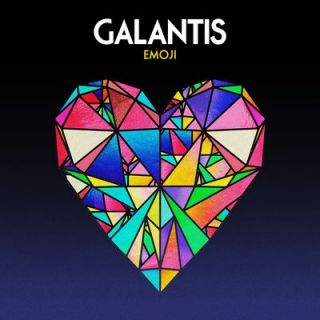 Chart-smashing Swedish electronic music duo Galantis are continuing their mission to spread happiness around the world with the arrival of their new single: ‘Emoji’ (listen here). The contemplative, post-summer banger strips back Galantis’ mammoth festival-ready productions for something more intimate. Whispery vocals tip toe over soft-hued synthesised guitars and a nodding house beat that go with a fun official music video that is sure to change the way you look at emojis (watch here from 3pm GMT today).

The internationally-acclaimed duo has clocked up over 3 billion streams and 42 platinum records in 18 countries. ‘Emoji’ is latest in a string of singles by Galantis this year, following ‘Satisfied’ (featuring MAX), ‘Mama Look At Me Now’ and ‘Spaceship’ featuring Uffie, which have attracted widespread praise and radio support worldwide. Metro UK praised the diversity of ‘Satisfied’ and ‘Mama Look At Me Now’ and described them as “summer anthems in their own right”. ‘Spaceship’ was hailed by CLASH as “an impactful, exciting return” and by MTV UK as “a relentless dance anthem that is bursting with euphoria”.

Galantis is currently working on a follow up to their 2017 album “The Aviary” (stream), which scaled the Top 10 in 23 countries and received widespread praise. Christian Karlsson (also of Bloodshy & Avant and Miike Snow) and Linus Eklöw (Style of Eye) are known for their energetic live performances. They show no signs of slowing down after another epic summer of shows around the world, which includeCreamfields and SW4 in August, with more live dates added in North America. For touring information, visit wearegalantis.com

The Grammy-nominated duo is widely recognised as one of the most in-demand dance music acts on the planet, with Billboard ranking them at #25 on their Dance 100 Artists of 2018 list. Ever since their live debut at Coachella in 2014, Galantis have played some of the biggest music events in the world including Ultra Music Festival, Electric Daisy Carnival, Tomorrowland, Lollapalooza, Creamfields, V Festival, SW4 and BBC Radio 1 Big Weekend. They have also performed sold-out headline shows across Europe, North and South America – including Brixton Academy in London.