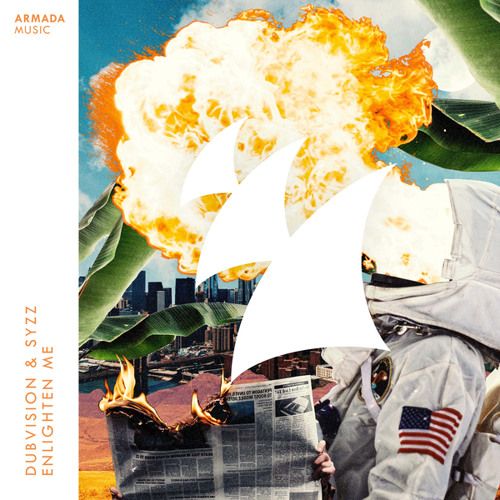 With both acts coming off of a successful 2018, the time was right for two of electronic music’s most esteemed duos to join forces and score big. Their first-ever collaborative effort, ‘Enlighten Me’, says it all: these guys are in it for the long run and ready to rock the scene like never before.

Like a sun breaking through the clouds, ‘Enlighten Me’ sets the mood just right. Touching people's hearts with sparkling chord progressions, crystal-clear vocals and a soaring melody, this song urges fans to raise their arms to the sky and live the moment like never before.

DubVision & Syzz: “We've been working on a collab for about a year and a half. With ‘Enlighten Me’, we all had a great feeling from the start. The first demo was done quite quickly, after which we took our time to perfect the details. In the end, we managed to get a perfect combination of groove and melody that perfectly represents the sound of both DubVision and Syzz.”

With numerous Beatport #1s and millions of streams under their belt, brothers Victor and Stephan Leicher (DubVision) are currently enjoying a meteoric rise to stardom. Throughout their impressive career, they’ve worked with the gamut of dance music icons, including Afrojack & David Guetta, Armin van Buuren & Garibay, Avicii, Dash Berlin, Dimitri Vegas & Like Mike, Martin Garrix, Sander van Doorn, Sunnery James & Ryan Marciano and The Chainsmokers. Equally successful on the live front, DubVision have thrilled audiences at festivals and clubs such as Tomorrowland, Ultra, Dance Valley, Amnesia Ibiza, Marquee Las Vegas and Pacha NYC, and are known for making every moment count, just like they did with ‘Enlighten Me’.

Also hailing from the Netherlands, Syzz have been on many a dance music fan’s radar as one of the most promising duos of today. Consisting of Jesse and Ryan, they have amassed over 40 million streams across Spotify, YouTube and Soundcloud, collaborated with acclaimed acts such as Dash Berlin and Kura, and crafted up official remixes for the likes of Flo Rida, Robin Thicke, Dash Berlin, 3LAU and Paris & Simo. Also making waves on the live front with sizzling performances across the globe, Syzz obviously have what it takes to rise to the top.