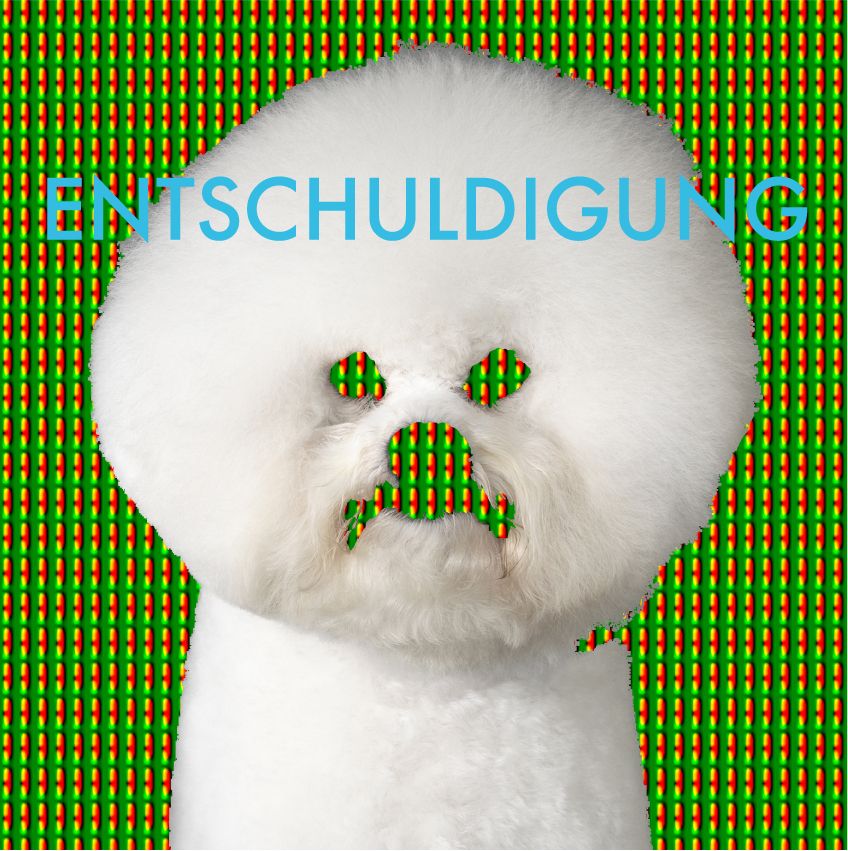 The next EP on the Word Up label is a lovably quirky fusion of electro, pop and disco from Entschuldigung. Featuring four cuts of fat grooves and fulsome synths, it is an all analogue affair inspired by the likes of Laid Back.

Entschuldigung is a fresh duo made up of Guillaume Atlan and Stephane Bejean-Lebenson: the former is a classic French touch pioneer, and the latter has a background in indie, having released on Mute as Christine, and together they cook up a rugged electro sound that is fresh and charismatic. Making use of vintage 808s and taking cues from old school pop as much as contemporary art, they are sure to become a much loved act as soon as the world hears this great EP.

Things open up with the pumping ‘Ting Ting,’ a statement track from Entschuldigung where electro dance meets modern club sounds and grooving is the order of the day. It’s as colourful and up beat as classic Todd Terje and immediately sets a great standard.
The captivating ‘C.O.N’ is then a minimal electro track split with a deadly break. With its super cool sound, it also features weird sound design and trippy synths that are slick and snappy. ‘Mysterious Downtown’ then masterfully flips the script with sleazy 80’s hip-hop vibes and pinging 808 sounds: think Neneh Cherry and Snoop Dog locked in a studio and you’ll be half way there.

The last exquisite track is again a slo-mo chugger. Entitled ’Say it Loud’ it has smeared synths, UFO sounds and pristine rubbery kicks driving it along and sounds like an extended acid trip that will burrow deep into your brain.

This is an easy to love and inventive EP that is surely the start of a very bright future for the two talents behind it.