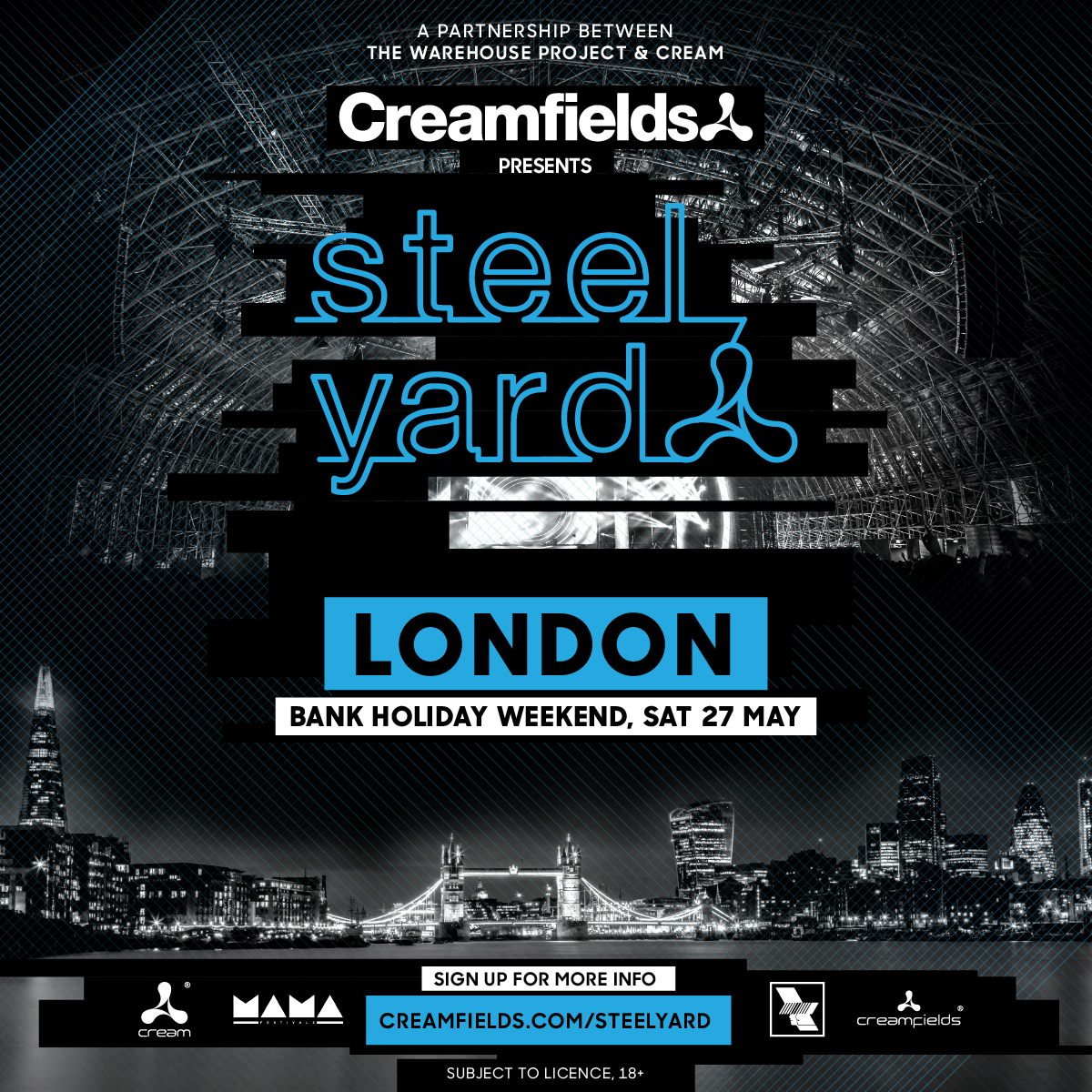 Saturday 27th May 2017 will see three global powerhouses unite for a very special event that will see Eric Prydz return to the UK to present EPIC 5.0 for his only European EPIC show of 2017.  The highly anticipated groundbreaking live show will be unveiled in Europe’s biggest structure the Steel Yard, designed and created exclusively for Creamfields the superstructure will make its London debut at Victoria Park on May Bank Holiday weekend.

It’s been five years since Eric Prydz performed his last UK EPIC show to over 10,000 people at London’s Alexandra Palace. Using a winged structure the size of a jumbo jet, and the signature 3D holograms, lasers and original animation that EPIC has become known for, it raised the benchmark for live electronic shows.  Since then EPIC has continued its evolution, growing in scale and sophistication, earning a headlining slot at NYC’s Madison Square Garden but continuing to capture the support of underground club culture, indeed Resident Advisor called 2016’s EPIC 4.0 ‘one hell of a concert’ while Mixmag said it was ‘the most impressive live show in the game.’

Since its inception at this year’s Creamfields the Steel Yard has revolutionized the ‘event’ experience for electronic music fans.  Featuring ground breaking technology and production this unique destination structure lends itself perfectly to an artist of Prydz’ calibre and allows, as with each iteration, EPIC 5.0 to be bigger, better and more technically advanced than ever.  Having evolved from previous generations, while keeping core elements intact, this monumental live show will be 30% larger in scale than Madison Square Garden, feature the largest hologram used in a live concert performance and be Eric Prydz’ biggest ever show to date.

EPIC 5.0 will be presented by two of the UK’s most respected electronic music brands, The Warehouse Project and Cream. Prydz has a long and storied history with both brands, performing numerous times for The Warehouse Project and hosting his own Pryda Arena at Creamfields since 2010 with featured performances from the likes of Maceo Plex, Marco Carola, Scuba, Sasha, Maya Jance Coles to name a few.

It’s Prydz determination to keep EPIC representative of his many artist aliases and deep catalogue, and his decision to never pre-program sets, despite the ever growing audience sizes and production scale, that have ensured EPIC’s continued reputation as an unmissable show for all dance music fans.  Sign up for pre-sale tickets and info www.creamfields.com/steelyard