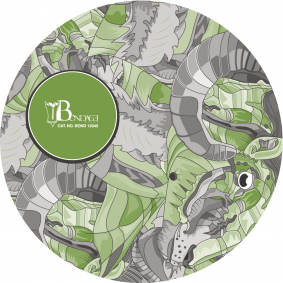 Sintope bosses NTFO return to Bondage Music this May to deliver a combination of digital and vinyl only productions in the form of their ‘Esperantza’ EP.

Following an impressive break through year in 2009, Romanian duo Dani and Robert aka NTFO have since gone on to carve out an impressive resume within the world of house, with a series of releases on 20/20 Vision, Objektivity, Diynamic and Jargon making up a notable back catalogue. Owners of their own Sintope imprint, releasing material from themselves alongside the likes of revered Parisian Djebali and fellow Romanian Rhadow, the duo have garnered stand out support from Ryan Crosson, Cinthie, Vinyl Speed Adjust and Arapu to name just a few, and having recently featured on the labels ‘Bondage Games’ compilation in January, here we see the duo deliver a fresh four track EP that’s set to become a favourite of many in the months ahead.

On the flip, the first vinyl only cut ‘Lux’ reveals a smooth, stripped back effort, with lush, deep pads floating effortlessly over hazy background textures, whilst the electro influenced ‘Avoid’ closing things out in fine fashion, as trickling lead lines flow amongst and intricate organic percussion patterns across seven minutes.