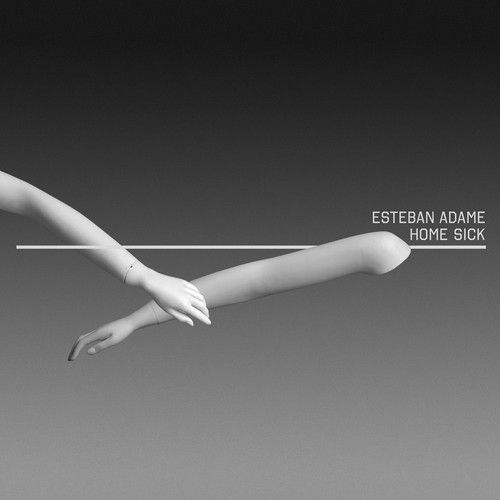 For the next release on EPM Music, which was “Vital Label” in the January issue of DJ Mag, we are proud to reintroduce Esteban Adame.  After making a serious impression with his track ‘The Reason’ which opened our ‘EPM Selected Vol.1’ compilation last year it’s no surprise that we invited him back for more.

Esteban Adame is a part of the new wave of artists emerging from the Los Angeles underground scene.  After releasing material on Planet E, Esteban partnered up with long time friend and colleague Santiago Salazar to start ICAN Productions.  As a musician, Esteban is also a member of the Underground Resistance live act Galaxy to Galaxy, as well as being part of the new six-piece ensemble, Thee Afterdark.  He has also released solo productions on labels like Underground Quality and Modelhart and boasts various remixes to his credit.

The opening track, ‘Home Sick’ is taken from Esteban’s forthcoming album, while ‘Search For Resolution’ is exclusive to the EP.  And with their deep techno grooves, heavy basslines and melodious synth work, both tracks show why we had to approach this talented producer  for further inclusion in the EPM Music catalogue.

Also featured on the EP is MGUN’s remix of ‘Home Sick’.  MGUN (Manuel Gonzalez) first emerged on Wild Oats as part of NSNT PRJCT alongside Kyle Hall in 2010.  Later resurfacing as MGUN, Gonzales made his full debut on Hall’s label with ‘Harmnear’, before striking up alliances with some of the UK’s most discerning labels like Semtek’s Don’t Be Afraid, Will Bankhead’s The Trilogy Tapes and Third Ear, who released ‘Some Tracks’ towards the end of 2013.

‘Home Sick’ is released on 3rd March and will be followed by Esteban Adame’s ‘Day Labour’ album in the Spring.