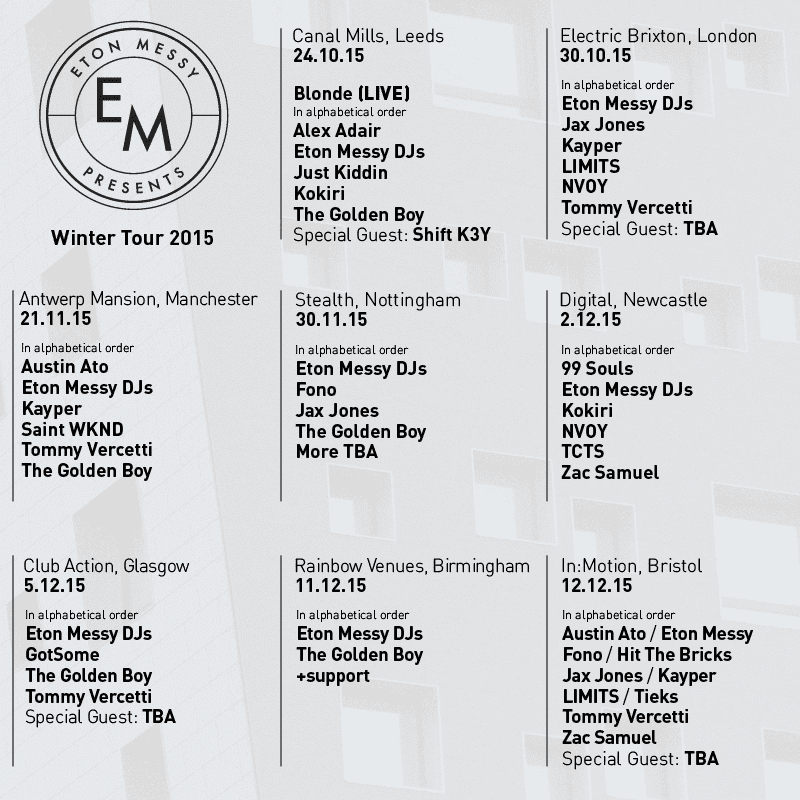 Following the announcement of their forth UK Winter Tour last month, pioneering club brand Eton Messy reveal their lineup of artists. Kicking off in Leeds in October and ending in Bristol in December, the series of winter events will feature a host of some of the freshest talent in house including very special guests and long standing ambassadors for the brand, Blonde.

Acclaimed producers and live performance sensations, the aforementioned duo, Blonde (one of its members being a founder of the Eton Messy brand) will appear at the opening date at Canal Mills in Leeds. They are joined by rising producer, DJ and vocalist, Shift K3Y and tropical house remixer, Alex Adair. Additional tour highlights include Manchester’s finest and signing to Chase & Status’ label, TCTS and hot house newcomers 99 Souls for their date at Digital in Newcastle.

Much of the success of artists on the bill have evolved from the support of Eton Messy, who are known for championing emerging artists’ on their famed YouTube Channel, exposing them to their mammoth 325,000 subscribers. Join the celebration of UK underground talent, tickets are on sale now via: www.etonmessy.com