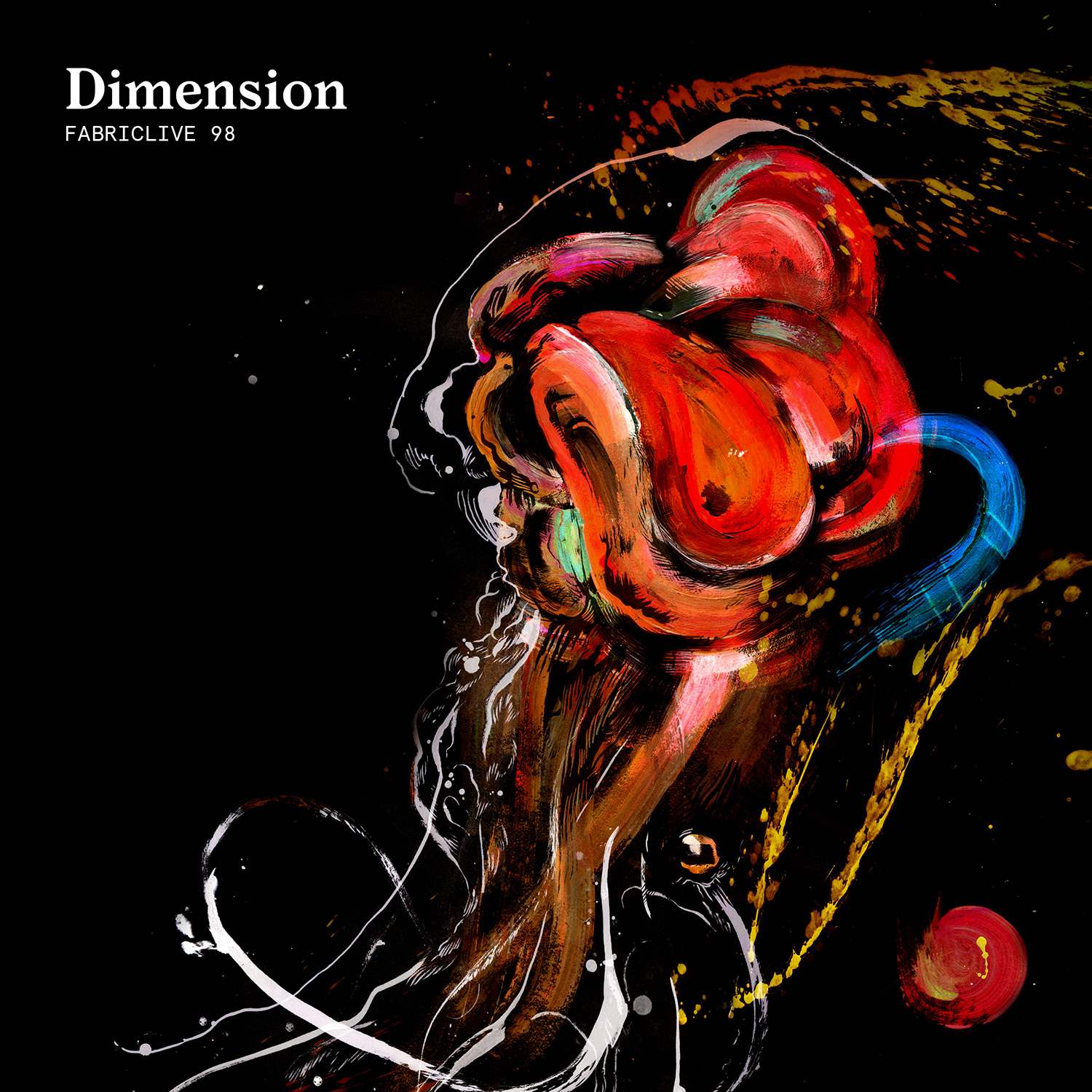 Dimension is a unique artist, carving his path to become a globally renowned producer and DJ, pushing his distinctive sound around the world without diluting the purity of his musical output. Who better, then, to helm FABRICLIVE 98. Released on 25 May, Dimension’s mix will be preceded by a very special launch party at fabric on 11 May.

A definitive snapshot of drum & bass in 2018, FABRICLIVE 98’s 56-strong tracklist features 22 exclusives from Dimension, Skrillex, Deadmau5, Chase & Status, Sub Focus, Calyx & Teebee, The Prototypes, Culture Shock, 1991, Metrik, Benny L, Turno, Dossa & Locuzzed and Fred V & Grafix – many of whom created music especially for this album. Also included is Dimension’s ‘Whip Slap VIP’, which will be made available as part of the compilation on 25 May 2018.

Dimension is an electronic music producer and DJ from London, United Kingdom. A man of few words who tends to let his music do the talking, Dimension is receiving mainstream success without deliberately releasing crossover music – striking the perfect balance between club and radio. Not only the creative mind behind his music, Dimension distinguishes himself through his passion for bold architectural design, sleek aesthetic and theological themes – this unique ethos has helped establish him as one of the most exciting, sought after producers in electronic music.

The rise of Dimension has been nothing short of remarkable. At an early stage of his career, Dimension was already turning heads within the drum & bass scene and specialist radio alike. A combination of effortless musicality and production prowess caught the attention of many producers and DJ’s such as Andy C, Sub Focus, Chase & Status as well as Skrillex and deadmau5.

Within the space of a few years, Dimension has received unprecedented support for his underground anthems such as ‘Whip Slap’, ‘UK’, ‘Techno’, and 'Raver' as well as collaborative effort ‘Rush’ with Wilkinson, which landed Dimension his fourth Hottest Record with Annie Mac on Radio 1.

Having embarked on his sold out debut UK tour at the start of 2018, Dimension returns to the capital to launch FABRICLIVE 98 at fabric on May 11th 2018, with a Room One launch party that also features Friction, Metrik, TC, Turno, 1991, and Kove (full listings information on page 2). This special event precedes summer festival appearances at Creamfields, Pukkelpop, We Are Electric, Boomtown, Electric Forest, Love Saves The Day, and his Amnesia Ibiza residency; with more new music and tours to follow (see dates below), 2018 will be Dimension’s strongest year to date.

“Of course, I wanted to make the mix special. I wanted it to represent my attitude towards the energy experienced at shows, but also appreciated the fact that the mix isn't always going to be heard on a dance floor. I also wanted the mix to contain a lot of new music, hence why over half the track list has never been heard and is specifically unique to FABRICLIVE 98. Some of the most talented producers from all around the scene went out their way to create bespoke VIPs from their back catalogue, specifically for the mix. I truly hope the result is something that people are really excited to hear.