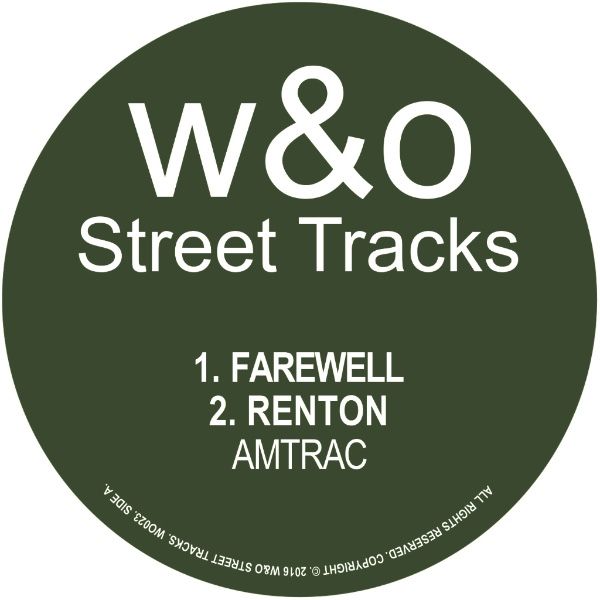 Speaking on the EP, Amtrac says:

"I wanted to make a record that showcased what I love about being out on the dance floor, not too abrasive, not too dismissive, just right in the pocket; just what you need to keep you moving”

Since bursting onto the scene in 2010 with debut LP ‘Came Along’, Amtrac has consistently pushed his creative limits as a musician; releasing cuts with genre-spanning influences from post-punk to underground dark, funky house. A multi-faceted artist, the Amtrac name has become synonymous with electrifying live performances, funk-filled DJ sets and coveted remixes.

Never content to settle, Amtrac’s musical mood and influences change with each passing season. The constant evolution of the ‘Amtrac’ sound has attracted attention from a wealth of tastemaker publications including Billboard, i-D, Complex, CLASH, Deep House Amsterdam and SPIN.

Farewell/Renton is OUT NOW via Street Tracks.