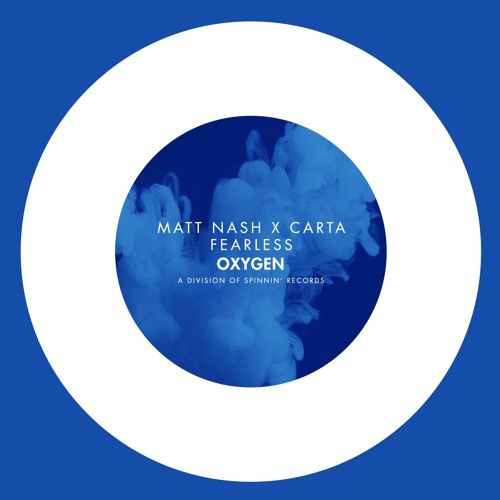 Matt Nash joins forces with Chinese DJ phenomenon Carta for the mindblowing tune ‘Fearless’. The track does its title justice as its powerful, whipping and fearless from the first beat. Guaranteed to raise every single heartbeat on the dance floor. It’s a banger!

UK born DJ and producer Matt Nash is both a standout DJ and highly adept producer. A natural performer who utilizes encyclopaedic knowledge of house to strengthen an already innate connection with his dancefloors and light up the atmosphere at places like the Revealed stage at Creamfields and Ushuaia in Ibiza. Matt Nash’s tracks made fast inroads into electronic music courtesy of releases on a plethora of dance music mainstrays, from Axwell’s Axtone to Hardwell’s Revelead. His latest successes have been his collaboration with AN21 ‘Louder’ on Size Records and ‘Heartbeats’ on Kryder’s ‘Sosumi’ label.

For 'Fearless' he teams up with the young and upcoming Chinese DJ Carta. After blossoming in the Chinese DJ scene, Carta later spent many years in the UK honing his electronic sound, which is largely influenced by Swedish House Mafia and many of the progressive house icons of the decade with a groovier, garage-fused musical signature. Returning to Shanghai in 2014 he quickly established himself as a force in the electronic music & nightlife scene with residencies in the city's top night clubs and features in the largest venues of Shanghai with his high-energy live performances. At the age of just 19, Carta played Budweiser’s Storm Festival 2015, one of the largest EDM Festivals in China. Carta's talent is now being picked up by the rest of world together with an exclusive deal signed earlier this year with Spinnin’ Records and MusicAllStars management. 'Fearless' is his first official release on a Spinnin' (sub)label.