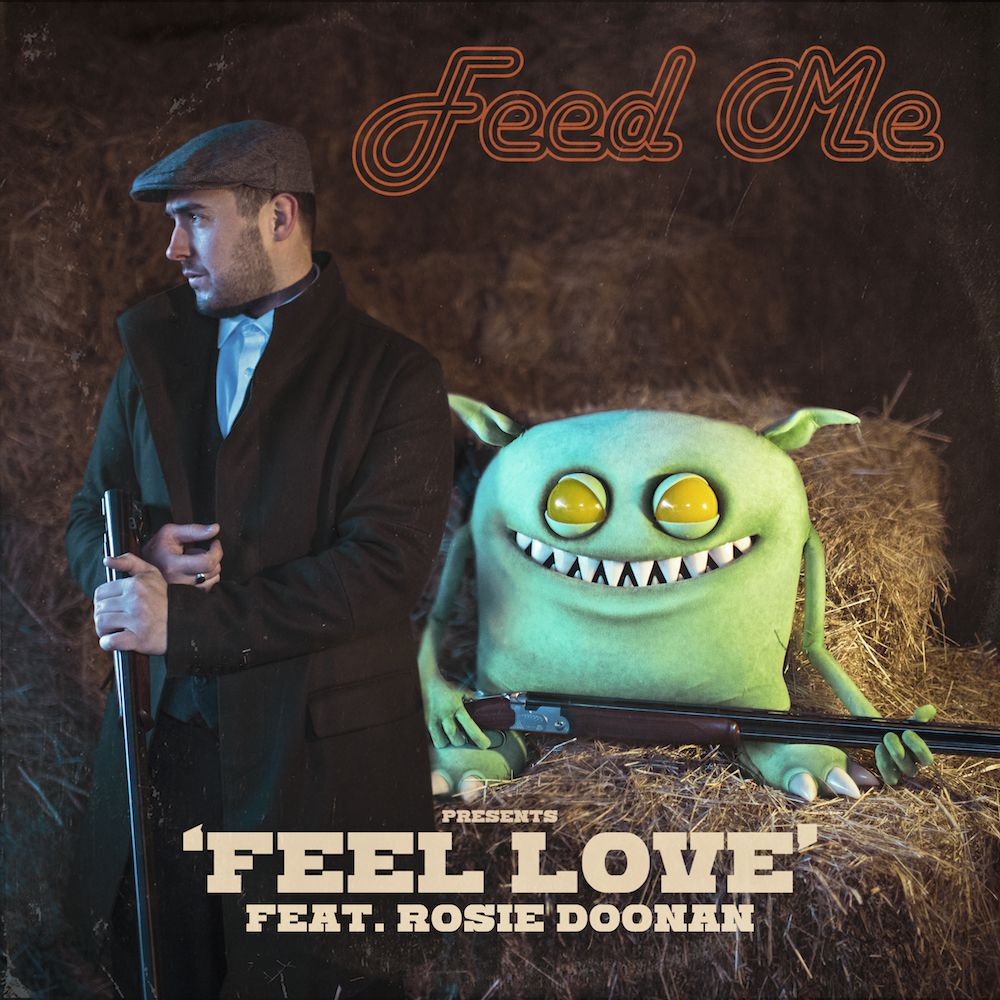 Feed Me Returns with New Single

Set for Release February 22 on mau5trap

Feed Me returns with the first single ‘Feel Love’ featuring Rosie Doonan, off his new album High Street Creeps due out February 22 on mau5trap. The euphoric track features the angelic voice of Rosie Doonan (who has performed with the likes of Peter Gabriel and Birdy), helmed by a synth lead with chopped vocals over a pulsating house kick.

‘High Street Creeps’— a namesake taken from the notorious 1980s Hertfordshire pheasant poaching ring–marks Feed Me’s second full studio album, following his 2013 debut ‘Calamari Tuesday’. Following up his debut with a string of Feed Me singles and EP’s, as well as a debut album for his alias Spor in 2015, ‘High Street Creeps’ marks the producer’s sophomore full length project. This album—which features 10 tracks that span a variety of production styles, some of which differ from what he’s delivered in the past, marks Feed Me’s ninth overall release on mau5trap.  It’s second single ‘Sleepless’ will be released on February 15.

About Feed Me:
Until he debuted his alias Feed Me in 2008, Hertfordshire, England-native Jon Gooch was known for his aggressive, hard-edged drum'n'bass productions as Spor. While Spor remained an ongoing outlet for Gooch, the producer quickly gained notice for his dubstep/electro-house hybrids as Feed Me; he signed to deadmau5's mau5trap label and issued ‘The Spell’ (2008) and the album Feed Me's Big Adventure (2010), as well as the EPs To the Stars (2011) and Feed Me’s Escape from Electric Mountain (2012). He also increased his profile by remixing the likes of Chase & Status (‘Let You Go’), Nero (‘Innocence’), Gorillaz (‘On Melancholy Hill’), and Robyn (‘Call Your Girlfriend’). Calamari Tuesday, his second album, was released in 2013 reaching #1 in the U.S. dance charts followed by EP’s A Giant Warrior Descends On Tokyo in 2015, Feed Me's Family Reunion in 2016 and Feed Me’s Existential Crisis in 2017.

About mau5trap:
Over a decade since its formation, mau5trap—the independent label founded by groundbreaking electronic music producer deadmau5—has become a bastion for trailblazing and genre-defying artists. Casting a palpable influence over the genre, Mixmag readers voted mau5trap among the “Top 50 Labels of the Decade,” placing it in the Top 10. It has served as an influential platform for dance music heavyweights such as Feed Me, Zedd, Moguai, Noisia, Chris Lake and many more. A combination of dark, forceful techno and complex, electro sounds, the label acts as hot bed for rising talent such as ATTLAS, Matt Lange, No Mana and REZZ. www.mau5trap.com