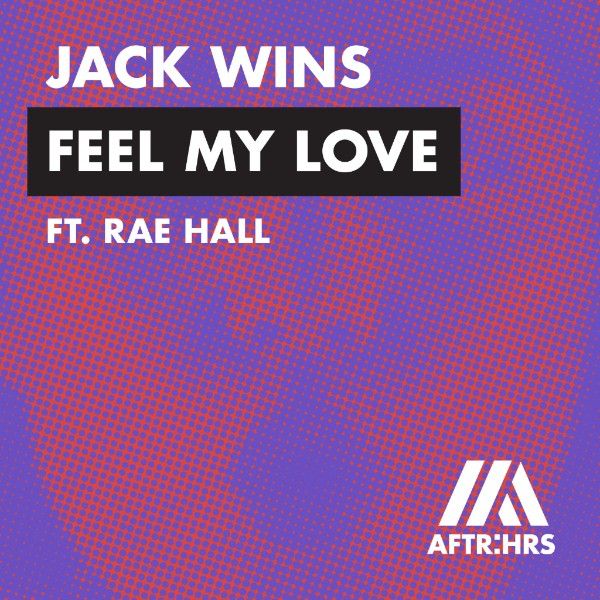 As we edge closer to the festival season and another summer in Ibiza, London-based Dutch DJ and producer Jack Wins delivers his next release. ‘Feel My Love’ is out now onTiësto’s AFTR:HRS imprint, featuring the vocals from Rae Hall.

‘Feel My Love’ begins with an emotive piano melody, before paving way to the gorgeous sounds of Rae Hall. The ‘Take Me Away’ (DJ S.K.T) vocalist has the unique ability to transport you to the beginnings of house music throughout, all the while remaining fresh and relevant to the genre.

As the energy builds, Jack Wins introduces a thumping bass line before bringing the piano chords to the forefront of the production, blending them with hard hitting percussion and echoes of brass & string elements – thus creating a record that is as much of a self indulgent listen than it is a power-house anthem.

The release follows on from ‘Freewheelin’ which saw support from the likes of Popjustice,BBC Radio 1 & Spotify’s New Music Friday. The track reached the #1 spot in the ‘Newcomers Chart’ on 1001 Tracklists, as well as reaching #2 in the Beatport Dance chart – with Dance titans David Guetta, Tiesto, Lucas & Steve and many more supporting the release.

As we look ahead to the rest of 2018, Jack Wins prepares for the release of more original productions as well as official remixes – not forgetting live dates including Creamfields &Tomorrowland plus Ibiza dates alongside Jonas Blue.

About Jack Wins
Hailed by DJ Mag UK as one of their ‘Ones To Watch’, Jack Wins catalogue of releases span across the likes of Armada Deep and Mixmash – notably ‘I Used To Love You’, which made the top 10 on Beatport after major tastemaker support. It wasn’t long before BBC Radio 1 picked it up, which made the record trend on Shazam’s UK Dance Chart as well as surpassing 5M Spotify stream to date.  Not forgetting A-list remixes for the likes of Ed Sheeran, Clean Bandit & Dua Lipa. Jack Wins also recently collaborated with Jonas Blue, as well as delivering remixes for the likes of Axwell /\ Ingrosso & Kygo – both of which were personal requests of the artists – and his latest release ‘Freewheelin’ feat. Caitlyn Scarlett which dropped on Axtone in February.

About Rae Hall
Praised by Magnetic Magazine as the ‘triple-threat house music DJ you need to know’ – Rae Hall began carving out her unique path as a DJ, singer, songwriter and producer withDefected Records – gaining an MTV #1 dance chart position & a UK top 20 hit with the label. Her previous releases span across other world-renowned dance labels – including her own imprint RATED – under her artist names Rae & DJ Rae. She has headlinedMinistry of Sound, Pacha & Together tours across the globe, as well as executing Ibiza Residencies at Ushuaia. Not forgetting her publishing deal with Ultra music publishing which champions Rae Hall as one of the most sought after topline writers.