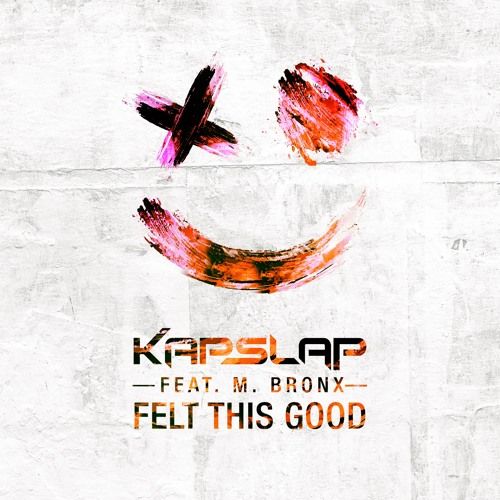 Right on the heels of his Mayday Mini Tour, Jared Lucas, AKA Kap Slap, is unleashing his first original production of 2016 via Ultra Music. “Felt This Good”, is a tried and tested summer anthem which serves as Kap Slap’s' 3rd original release, and marks his fully-fledged leap into the world of original studio production. The undisputed King of mashups, and recent William Morris Endeavor signee, has now officially transitioned into a bona fide recording artist, and the results do not disappoint.

“Felt This Good”, comes as a progressive house/pop-crossover thanks to Kap Slap's stunning instrumental, and M. Bronx's pitch perfect vocals. Previously gracing Audien's 2013 hit "Leaving You", M. Bronx (formerly Michael S.) returns this time around with sun-drenched lyrics that bring to mind the blissful escapism of summer. With many producers drifting toward the production of pop-oriented deep house, Kap Slap has chosen instead to re-invigorate the progressive house brand, taking it to new heights. Giving a nod to the genre that fueled the dance craze of the early 2010's, but bringing it headfirst into 2016, ‘Felt This Good’ offers listeners more than a tired re-imagination of the Beatport Top 10.

Following the success of his last original release on Ultra, “Let It All Out”, which now lays claim to over 1 million streams on Soundcloud, fans have been eagerly awaiting Kap Slap’s next move. This latest cut from Kap has made the entire wait worthwhile, serving as both a soundtrack for summer adventures, as well an end of the night club smash. Catch Kap Slap as he wraps up his Mayday Mini Tour this Sunday with Kaskade, Cash Cash, KSHMR, and more in Toronto at Echo Beach: www.KapSlap.com/Tour.