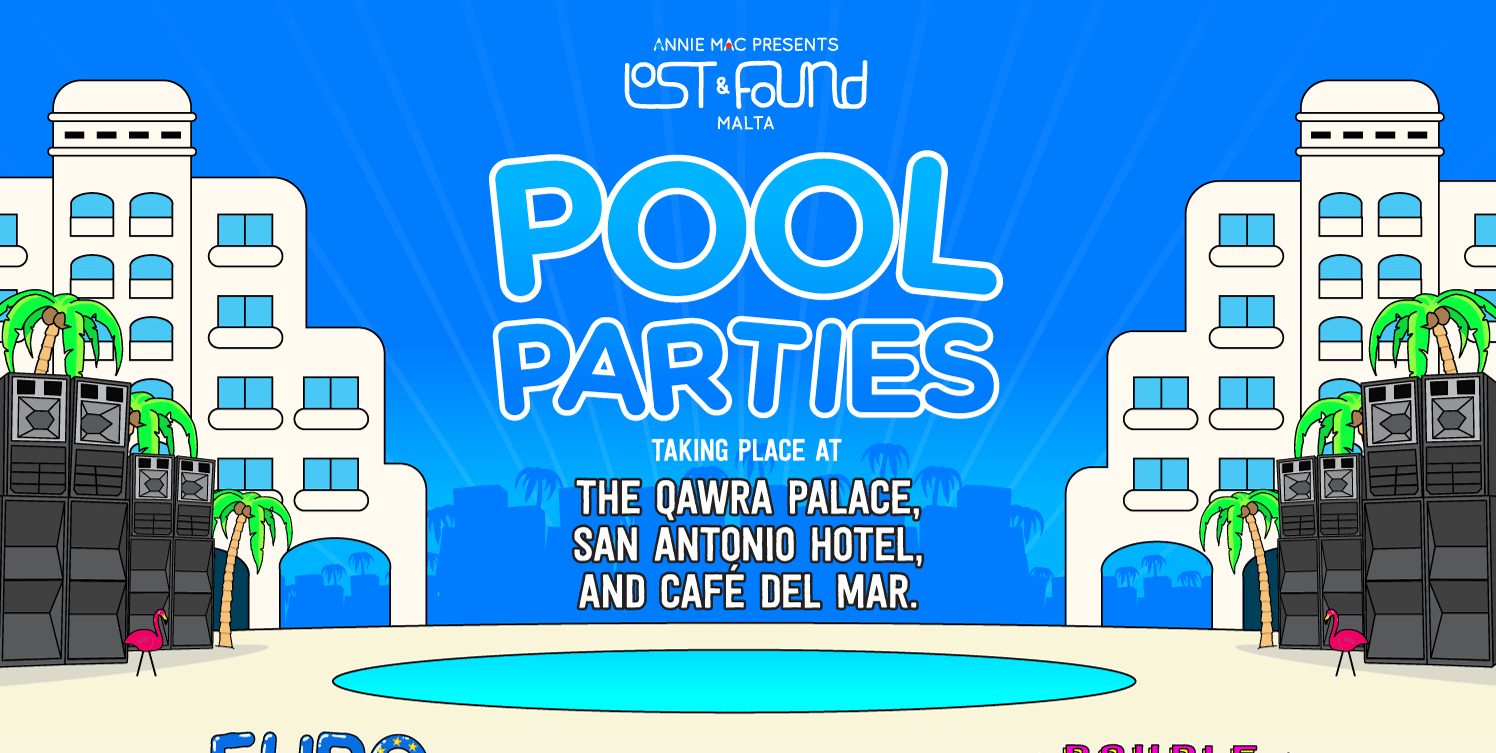 Having announced its return to Malta for a second edition, Annie Mac’s Lost & Found festival has announced the line-ups for its 2016 pool party schedule. Featuring a range of artists from the festival’s line-up that include Jackmaster, Skream, Artwork, David Rodigan, Heidi, Justin Martin, Charlie Sloth, Preditah and My Nu Leng – each party has its own unique theme complete with tons of decorations that will sit against the breathtaking backdrop of the Mediterranean Sea.

Spread across three of the festival’s official venues Café Del Mar, San Antonio and Qawra Palace – with all rooms at San Antonio and Qawra Palace available for festival goers to book for their stay –  two pool parties will take place per day and are all included in the Lost & Found festival ticket. Friday 31st March sees Jackmaster lead a typically playful Euro Disco themed party, with My Nu Leng, Logan Sama and Madam X representing ‘Double Bass’. Dancehall legend David Rodigan joins forces with Toddla T and Melé for a carnival inspired party on Saturday 1st April, whilst b2b tag team Skream and Artwork will host ‘The Lovely Disco’ following their legendary appearances throughout last year’s proceedings. Wrapping up the pool party schedule on Sunday 2nd April is Heidi and Justin Martin for an extra tasty Pizza pool party (which will see Justin Martin dressed as a pizza!), whilst Charlie Sloth gears up for a knockout ‘Big Man Ting’ takeover alongside Preditah, Lady Leshurr and Barely Legal.

In keeping with its focus on providing revelers with an unforgettable festival experience, the pool parties will also feature alongside a fleet of boat parties throughout the day, as well as a night time schedule that sees an ancient hill-top castle amongst the new additions for 2016.