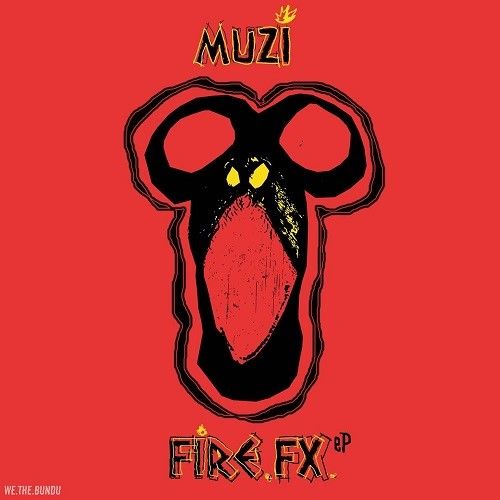 South Africa’s hottest young DJ/producer, Muzi, is ready to explode back onto the music scene with his blistering new ‘Fire FX’ EP, set to drop on 4th December.

Muzi’s hotly anticipated 6-track release features his trademark eclectic mix of hip-hop and electronica, all the while paying homage to his South African roots in the Empangeni township of the north-east. Acknowledging that the violence he experienced growing up has proved to be a major influence on his work, Muzi explains that “The hardness of the sound is probably because I come from a very bad background. People used to tell me my music was very violent. Maybe that is true because that's what I grew up seeing. But the energy of it is happy and positive. I'll never take you to a dark place with my music, because I know how that feels.”

The intensity doesn’t let up for the rest of the EP, crescendoing through the bass-infused, hip-hop electronica vibes of ‘Izwe’ and followed by ‘Access Denied’, which calls to mind 2010 era dubstep releases from the likes of High Rankin and Flux Pavilion. The erratic, fast paced ‘Vuka’, with its booming bassline and repetitive sampling, precedes the glitchy powerhouse that is penultimate track, ‘Yebo’, before the eponymous ‘Fire’ rounds off the release with explosions of chest-crushing energy, sandwiching a synth-heavy midsection reminiscent of Justice, which ebbs and flows to build back up to Muzi’s big finish.

Receiving praise for his early work from huge names like Foreign Beggars, Jakwob and Diplo, as well as the likes of Rinse FM, Skrillex’s label OWLSA and Generation Bass, Muzi has built up a formidable fanbase, which has only grown since the recent release of ‘Nizogcwala’ and an exclusive DJ mix for i-D. Muzi’s ever-growing reputation led to a hugely successful summer for the producer: in addition to two DJ sets at Bestival, he also co-hosted Nando’s Music Exchange at the Roundhouse in London alongside chart-topping UK rapper Example, Reeps One and grime sensation Stormzy, with whom Muzi recently travelled to his native country for a feature with Noisey and Nando’s.

Having already established himself as one of the most exciting up-and coming artists around with huge performances at Ramfest, Griet Festival, Oppokoppi, Synergy Live and Rocking The Daisies, Muzi is ready to set the world alight, and his new ‘Fire FX’ EP is pure arson.