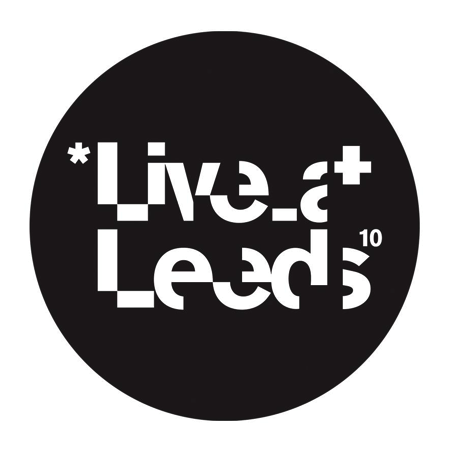 Celebrating its 10-year anniversary, the award winning Live At Leeds is back for 2016, revealing the first collection of exciting acts set to take over the city across a multitude of venues.

Officially kicking off the festival season, Live At Leeds hosts the biggest names alongside the best in new and upcoming acts, and this year is no different. Having played host to the likes of Bastille, James Blake, Wild Beasts, The Cribs, Bombay Bicycle Club, Rudimental and The Vaccines over the years, each year Live At Leeds provides a snapshot of everything that is vital in music right now, and 2016’s event will be no different.

Leading the charge amongst the first series of artists to be announced is the fantastic Jess Glynne, who will be bringing her chart-topping hits to Live At Leeds 2016. Breaking onto the scene after her appearances with Clean Bandit, this year saw Glynne release her acclaimed debut album I Cry When I Laugh, which was jam packed with singles that will no doubt sound massive when played at the UK’s premiere metropolitan festival for new music.

Joining 2015’s biggest pop sensation will be Circa Waves. Arguably one of the most important groups in indie at the moment, the Liverpool four piece have gone from strength to strength in 2015, storming major festivals all over the world and smashing stunning headline tours, rising to play huge venues including 02 Brixton Academy and more. Needless to say, their appearance at LAL looks set to be nothing short of spectacular.

Also joining the bill are indie legends We Are Scientists. Undeniable icons, it’s fair to say the duo hold fond memories in any indie fan’s heart, releasing countless hits over the last decade, from classics like ‘The Great Escape’ and ‘Nobody Move, Nobody Gets Hurt’, through to 2014’s ‘Dumb Luck’ and ‘Return The Favour’. Visceral, empowering and above all else fun, their performance is sure to draw a huge crowd. Band of Skulls will also bring their signature brand of raucous rock to proceedings, effortlessly justifying the huge festival and support slots they’ve played in the past.

Representing the artists that will come to dominate 2016, Rat Boy, Clean Cut Kid and Barns Courtney have also been revealed to play the festival. Receiving a wealth of critical acclaim in recent months, these three acts look set to be huge by 2016, and with a barrage of hits already under their belts, summer festival season is theirs for the taking, starting with Live At Leeds.

Speaking about this year’s talent and the festival’s 10 year legacy, lead booker Andy Smith commented: “2016 will be the tenth year of booking Live at Leeds, it feels like a great achievement to have grown what was originally a four venue bill to what it is today.”

“We have seen some great names grace our stages over those ten years and I’m really looking forward to next year and what will hopefully be our biggest event yet, it really feels like we are stepping up another level”

New for 2016, Live At Leeds are also delighted to announce a new digital programme to the event, in partnership with Leeds Digital Festival, taking place in the five days prior to the music (25th – 29th April)

By combining digital themes with Live at Leeds, the organisers hope to bring an even larger audience into Leeds and will crossover from business to culture to music, as seen in more established festivals around the world, the most successful example of which is SXSW in Austin, Texas.

More names for Live At Leeds and further details on the digital programme will be revealed soon.