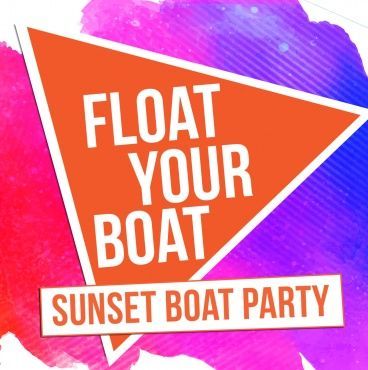 Ibiza's king of the waves host the official boat party for Eric Prydz at Hï Ibiza this summer!

Float Your Boat is preparing for its biggest summer yet, with a schedule of sailings planned that will leave the super successful 2016 season trailing in its wake. This summer Ibiza’s wildest and coolest boat party will team up with the White Isle’s newest superclub, Hï Ibiza, to serve as the official Hï ibiza boat party every Tuesday, with entrance to the one and only Eric Prydz.

Every Tuesday from 20 June to 22 August, Float Your Boat will have clubbers at sea united in euphoria, courtesy of huge line-ups, incredible Balearic scenery and a sunset that will metaphorically blow them out the water. All this before delivering party revellers direct to the doors of Hï Ibiza to witness a visual and audio spectacular from Tuesday night resident Eric Prydz as he takes control at one of Ibiza’s most anticipated parties of the season, for a night of unparalleled musical perfection.

Float Your Boat is hyped to team up with Hï Ibiza, the spanking new super club that will take hold on the former site of Space. With a fresh new look, the most advanced sound and technologies on the island and big name DJs and live acts performing each and every night of the week, the club is guaranteed to be this summer’s party hotspot but it’s the promise of seeing superstar DJ Eric Prydz in action every Tuesday night that’s got islanders and music fans really hot under the collar. This will be the Swedish hero’s only Ibiza residency this year, where he’ll be debuting a bespoke production, specifically built for the residency.

Float Your Boat will be on hand to get you in the mood for partying with a legend. Setting sail from San Antonio at 6PM, raring-to-go ravers will spend three hours coasting atop the waves while listening to the world’s best DJs (who’ll all be taking advantage of Float Your Boat’s cutting-edge, custom Pioneer XY Pro-Audio sound system), getting the perfect Instagram shot and watching the legendary Ibiza sunset from the water. Then, there’s plenty of time to eat, wash the salt off their skin and get party ready, before boarding a free bus to Bossa and descending on Hï, with entrance included in the Float Your Boat ticket.

In previous years, Float Your Boat has secured the services of music’s biggest players, with acts including Eats Everything, Yousef, DJ Sneak, Carl Cox, James Zabiela, Alan Fitzpatrick, Fatboy Slim, Sander Van Dorm, Cristian Varela, Stefano Noferini, Technasia, UNER and many more. This year, additional big names look set to follow suit, so expect line-up announcements to be hot on the heels of this release. In the meantime, prepare yourselves for dancing on deck, new friends made for life and the hottest house and techno tunes to come floating through the midsummer air, all topped off with an audio visual spectacular provided by Eric Prydz at this summer’s must-visit club. Float Your Boat is poised to usher in a new era for the island alongside Hï Ibiza, and you’re invited along for the ride.

Early bird tickets are available for a limited time.

WHAT ARE YOU WAITING FOR?

Tickets available in advance at: www.FloatYourBoatIbiza.com