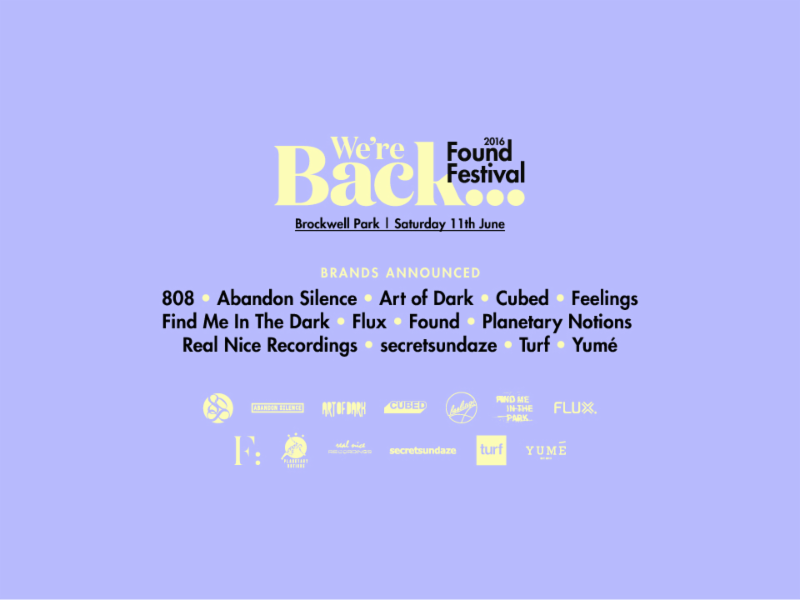 Following a landmark summer in 2015 that saw Found fully emerge from a clubbing to festival series, the team behind one of London's most prolific party brands reveal their collaborators for the fourth edition of Found Festival taking place on Saturday 11th June 2016.

Returning to their new South London home at Brockwell Park in Brixton, Found Festival 2016 will journey deeper into underground music than ever before. Joining forces with leading instigators of underground club culture, arenas will be hosted by Find Me In The Dark, Feelings, secretsundaze and Art of Dark.

Strong believers in solidarity amongst underground music communities, a new sixth arena will host representatives and residents from clubbing institutions across the UK with 808, Abandon Silence, Cubed, Flux, Planetary Notions, Turf and Yumé all pitching in for what is set to be an unforgettable day of music.

For 2016 the passionate team behind Found Series are set to raise the bar with event production creating a festival wonderland for revellers to enjoy.