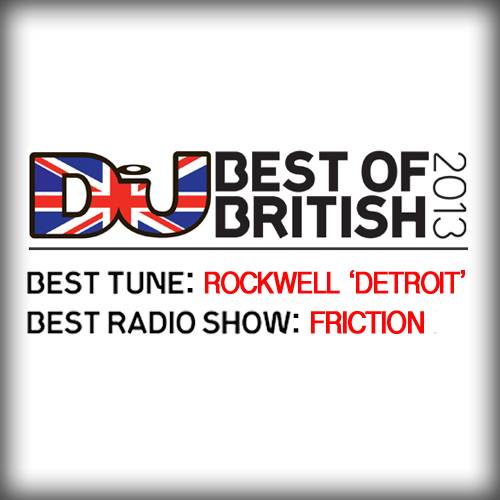 Backdrop and Shogun Audio are very proud to announce that two of D&B’s finest have been nominated in two separate categories at this year’s Best Of British Awards. The news crowns an already fantastic year for both artists, both of whom have made some of the biggest moves of their careers so far.

Proving a hugely popular voice across the whole of the BBC Friction is up for ‘Best Radio Show’, as he continued to push his Radio 1 D&B flagship even further up the rankings, gaining a brand new and improved time for the program whilst hauling drum & bass back into primetime weekend radio scheduling. At the same time he released some of the most adventurous and accomplished D&B of the year, namely his ‘Kingpin’ collaboration with Skream featuring Scru Fizzer, P Money and Riko Dan, and most recently the chart bound ‘Long Gone Memory’ featuring Arlissa. All the while Friction has continued to blow clubland apart with his globe trotting DJ antics from major festivals the world over to the hallowed Shogun Audio London warehouse parties, whilst representing the very best in drum & bass week in week out on Radio 1.

Rockwell had another astonishing year. Not only did he earn his own Radio 1 show as part of the In New DJ’s We Trust roster, but he also released his most talked about, most played single to date. ‘Detroit’ dumbfounded critics, blogs, clubs, radio, DJ’s and everyone else who heard it with production that took drum & bass to its very cutting edge and in doing so Rockwell made jaws drop. Aside from causing riots on dance floors across the land the track literally blew up Zane Lowe’s studio sub live on Radio 1 whilst it left Mistajam speechless on Radio 1Xtra. So it’s perhaps a fitting reward that arguably the biggest D&B tune of the year has now been nominated at this year’s Best Of British Awards.

Massive thanks to all of you who have supported these artists and Shogun Audio over the past 12 months. Without you a lot of this could not have been possible so it’s with a wealth of warmth and gratitude that we look forward to enjoying your continued backing.

If you would like to cast a vote or encourage your friends and readers to do the same then simply click here >> http://djmag.com/node/41951