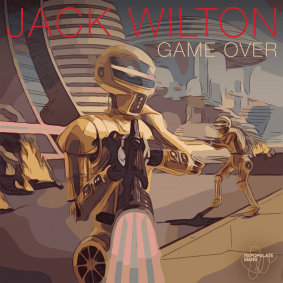 Since releasing on Shanghaied earlier this year, Wilton has landed firmly on his feet and become one of House music’s most exciting prospects thanks to his playful approach to production built around infectious samples.

With early support from Michael Bibi and Julian Boschetto, ‘Game Over’ highlights this – a track aptly named due to its use of a nostalgic video game sample complete with an unyielding bassline that marks a game over for any unprepared dancefloor. Showcasing dept sound design, ‘Shulgan’s Experiment’ is next with buzzy synths, an infectious low-end and a documentary sample, before Wilton unleashes a torrent of sensual moans, lazer-like synths that pan to perfection.