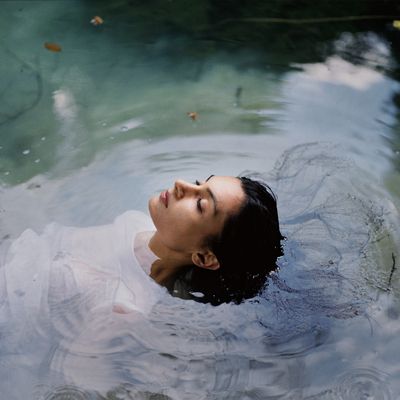 South East London girl boy duo Tidelines release their re:edit of latest single 'Gaze' which was premiered on Killing Moon. The re:edit takes the track in to a more dimly lit space with its subtly nimble percolations. Tidelines confirm they will be performing at London's The Social on the 6th December. (free entry)

Tidelines are Niomí and Kailin who have come to be known as leaders in the alt-pop world, drawing on unusual palettes of samples and sounds. Tidelines music is soaked in tension and struggle, finding the sweet spot between electronica, ambient and R&B.

The duo met by chance in London. Claiming to be complete opposites in so many ways – from musical differences to the way they see the world – they named themselves Tidelines, which describes the debris formed when two bodies of water meet. Both born in London but raised in different parts of the world – from Bejing (Kailin) to Ireland (Niomi) – they also bring a synthesis of cultures to their music.