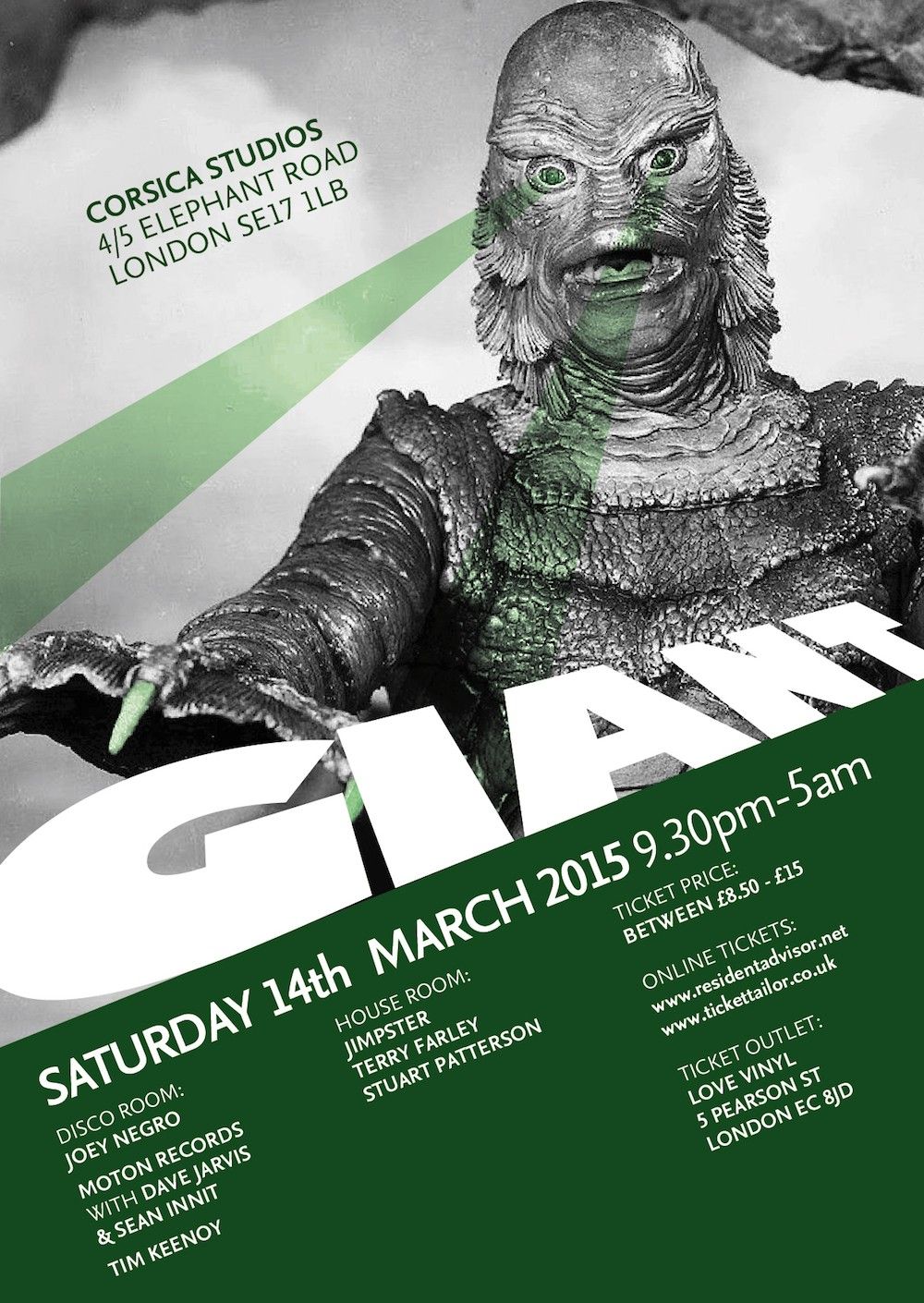 GIANT take their 2 room South London party to the wonderful Corsica Studios for their 1st event of 2015.