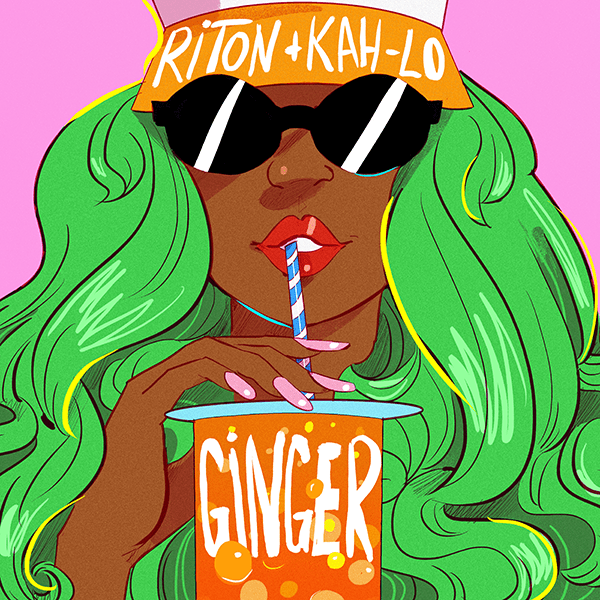 After their high-energy set at this year’s Lost & Found Festival, Grammy nominated duo Riton & Kah-Loreturn with a bang, showcasing their vibrant new single ‘Ginger’. As the pair continue their fruitful musical partnership, ‘Ginger’ follows the success of their club anthems ‘Fasta’, ‘Fake ID’ and the Grammy-nominated ‘Rinse & Repeat’.

The track follows the duo’s latest release ‘Fake ID’, which received heavy support from BBC Radio 1. Most notably, the station’s Annie Mac invited Riton & Kah-Lo to play at her AMP Sounds night at London’s KOKO in February, which was shortly followed by their performance at the BBC Rave Lounge. ‘Fake ID’ has reached over 8 million combined streams and continues to dominate radio waves after being playlisted by BBC 6 Music, as well as rotations on Kiss FM, Beats 1 and Australia’s Triple J.

Best known for their chart-topping smash ‘Rinse & Repeat’ which received a Grammy nomination for Best Dance Record, the track was followed by last year’s Afrobeats-infused summer anthem ‘Fasta’, which enjoyed huge success. Playlisted by BBC Radio 1, 1Xtra and Kiss Fresh, ‘Fasta’ was also picked as Annie Mac’s Hottest Record in the World as well as Clara Amfo and Mistajam’s Tune of The Week on Radio 1 & 1Xtra respectively.

Riton & Kah-Lo have been going from strength to strength with every release and have enjoyed a busy festival schedule last year, which is set to continue with a World Tour that is kicking off later this month in Washington D.C. The pair are also confirmed to perform at a variety of festivals this summer including Reading, Leeds, Pukkelpop, SW4 and many more.

With ‘Ginger’ embodying the grooves and hooks of the Riton & Kah-Lo partnership, the track is just a taste of what they have in store for the rest of the year, as their exciting journey continues to flourish.