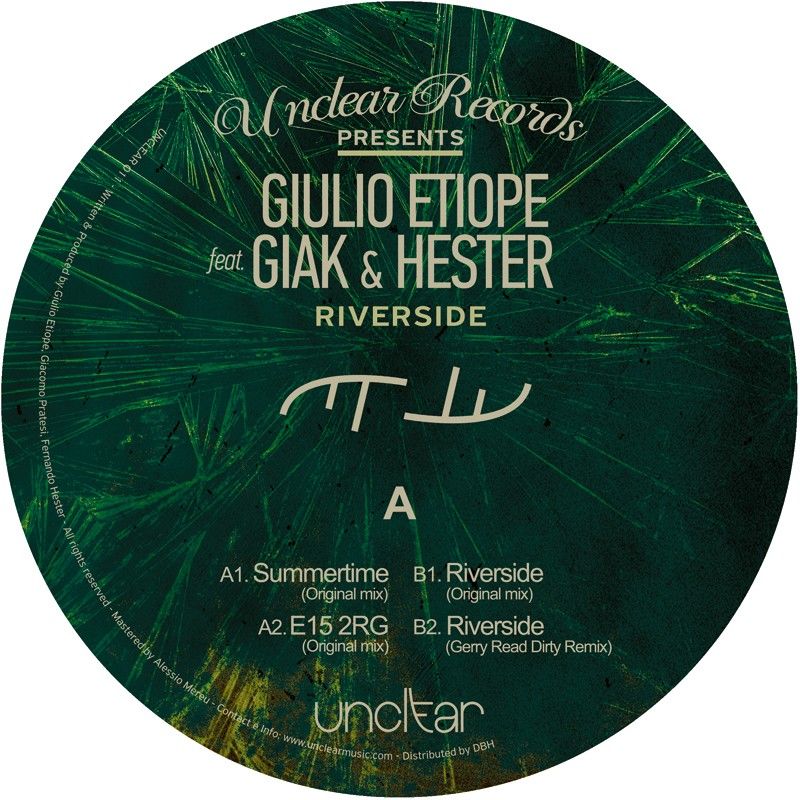 Unclear records returns with a four track release from Giulio Etiope ft. Giak & Hester this March, entitled ‘Riverside’ and backed with a remix from Gerry Read.

Arezzo, Tuscany born Giulio Etiope has been releasing material since 2008 via the likes of Armonia, Azimut and Unclear Records, where he returns to here alongside Giak & Hester who also featured on his ‘Never Die’ EP for the imprint in 2013. Last year saw Unclear Records release the ‘A Tribute To Klang Club’ EP, where Giulio formerly held residency, which featured the likes of Baby Ford, Roman Flugel, Okain and Hearthrob and saw the label garner attention from the likes of Efdemin, Italojohnson, Ewan Pearson and Midland.

Title cut ‘Riverside’ kicks off the flip side, tipping the focus over to organic percussion, hazy piano licks and bubbling arpeggio’s, while Delsin’s Gerry Read rounds things off with his take on ‘Riverside’, offering up a typically punchy workout fuelled by driving distorted rhythms and loops of the original’s piano hook.