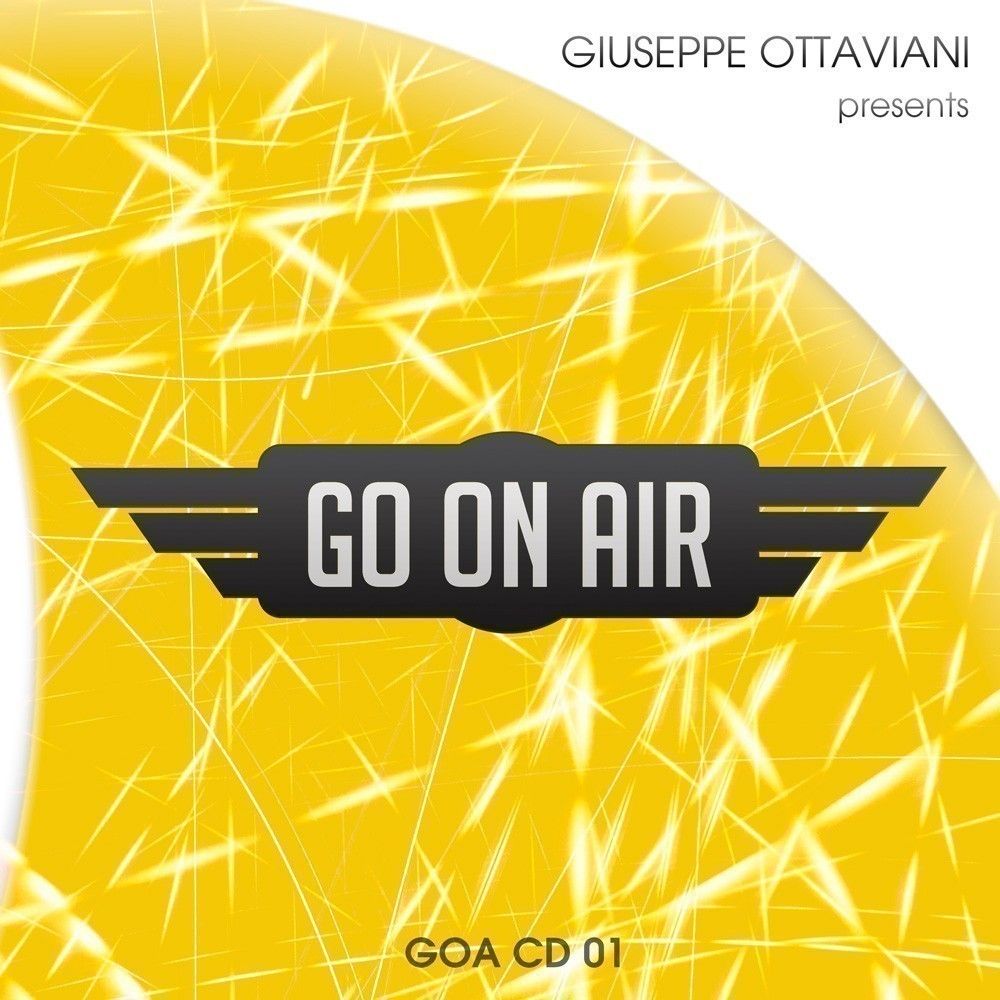 The brainchild of producer, composer and impresario Giuseppe Ottaviani, over the last five years the GO On Air’s multi-span platform has expanded to encompass a weekly radio show/podcast, mix-albums and club nights – all mandated to bring the best of the current/future best to electronic music fans.

In February of this year, in a new progression to its line, Ottaviani opened GO On Air’s label division. In, but a few short months, release-by-release, GO On Air Recordings’ following has built exponentially. Drawing glowing praise and plaudit in the process, its releases have routinely drawn ovation-like responses from DJs, fans and the media alike. Of late it’s triggered one of the UK’s best known dance publications to question whether GO On Air Recordings could even be “The label debut of 2014?”

Now, to sign-off on its astonishing creation year, Ottaviani delivers fans old and new GO ON’s new mix-comp proposition. Assiduously A&R’d throughout the summer months, it contains an extraordinary 30 never-previously-heard tracks. Also on board is audio from the scene’s big hitters, including Aly & Fila, John O’Callaghan, Roger Shah, Sied van Riel, Sean Tyas, Giuseppe himself (naturally!) and many others. Showcasing the label’s A/W 2014/2015 music collection, across two exceptional discs and mixes, this is exclusive-packed music mix-comp that dares to bottle lightning and touch trance’s third rail.

Regarding the label’s establishment, Giuseppe said: “GO On Air Recordings had been in my mind for such a long time. It just required the right set of circumstances and the right point in my career to push ahead with it. That happened in 2014. What I wanted with GO On Air Recordings is a natural continuation of GO On Air Radio’s policy: music that speaks to me, and I know will speak to my fans”

Of the album, Ottaviani continues: “I couldn’t have dreamed of a better response to our first releases. With those ‘foundations’ in place though, now comes time for the ‘cement’! I believe the tracks we have signed for this album will demonstrate that GO On Air Recordings can become a world-class platform to release on. You’re going to be hearing a lot from the label over the coming months. But you’re not going to hear it anywhere earlier than here! ”

GO On’s M.O. is an acutely balanced blend, mixing known names, a smattering of judiciously rebooted classics and a notable focus on pinpointing tomorrow’s stars. With all four fingers on the pulse of the scene’s most gifted nu-bloods, for the album it’s inked their finest fresh from the studio desk. The production names you may just be starting to hear about; their music though speaks plenty loud for itself.

In terms of what to expect, we’ll defer to the dance press, who across the last six GO On Recs months have variously described the label’s music as everything from “thrilling” to “thunderous”, “cool”v to “a masterstroke”v and quite simply “Winner”!

As the curtain goes up on the first mix, Giuseppe scene-sets with the atmospherically melodic trifecta of Matt Holliday’s ‘New Leaf’, ‘A New Hope’ from Oskar Sawicki and Ilya Syntez’s ‘Awakening’. Further in, deeper prog-trance waits in the wings, with Denis Sender & Rafael Osmo ‘Arrive’, recent GO On release ‘The Discovery’ (from Canada’s Somna), Dawn’s ‘The Things We Never See’ and others make the midrange rock and the bass shake. Vocally the album is also profuse, with Alex Staltari turn on Misja Helsloot’s ‘Inevitable’, Paul Legvand’s ‘I Miss You’ and John Mash feat Ariette Florence’s ‘Melancholia’ all letting the singers do what they were put here to do.

Uplifting euphorica is likewise never far from his CDJs… Ciaran McAuley’s ‘It Doesn’t Rain Forever’, the Tiff Lacey-sung / Sygma-produced ‘Way of Dreams’, Warren Adam’s ‘A1 day’ and Alex Ender ‘Treacherous’ all sealing in its numerous highs along the way.

Man of the Match Giuseppe also lends his maestro-like production touch at regular mix-waypoints. Drawing the first disc to a close, you’ll find his Sean Tyas’s collab ‘Plan B’, whilst opening the second is ‘The Silence Of Time’ alongside fellow countryman Andrea Mazza. For trance classicists there’s something extra special too: a fresh G.O. revision of 4 Strings’ timeless ‘Into The Night’.

A genuine feat of A&R engineering, ‘GO ON Air’ super-impressive recent, thrilling present and so, so bright future are all here, on one sensational album. It’s available from all good stores from October 13th.

This October 6th, the GO On Air Radio show will be relocating to DI.FM. Now positioned in its new 7PM CET time slot, it will kick off with a monster GO On Air Special on October 13th. Dually celebrating the DI.FM move and the release of the album, make sure you tune in and catch all the music, action & latest info!