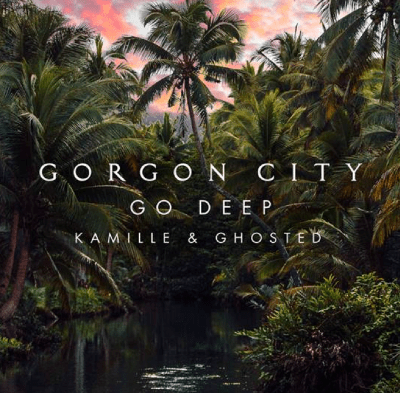 Popular UK duo Gorgon City have teamed up with Ghosted and BRIT Award-winning singer/songwriter Kamille (aka Camille Purcell) on their latest track ‘Go Deep’, set for release on 11th May.

A rich production spearheaded by deep house inspired chords, the track sees Gorgon City ‘go deep’ thanks to a gruff bassline, and follows their recent sold out UK and Europe ‘Kingdom’ tour. The track precedes an exciting summer for the duo, with their forthcoming album set to drop at the tail end of the festival season.

Having established themselves as one of the most in-demand acts around, Gorgon City have enjoyed stellar success over the past 5 years thanks to their unique blend of bass-driven house music and addictive vocals, launching their own club-focused REALM imprint, which housed recent EPs ‘Grooves On The Vinyl’, ‘Motorola’ and Radio 1 specialist anthem ‘Primal Call’

The British pair have also developed a huge international presence and headlined San Diego’s CRSSD Festival in March, with an Ibiza residency ahead for the summer 2018 season.

A unique and refreshing collaboration from UK’s music’s most talented and innovative acts, ‘Go Deep’ is set to cause summer shockwaves, and follows on from Gorgon City’s anthem of the 2017 Ibiza season, ‘Real Life’ with Duke Dumont. ‘Go Deep’ is set for release on 11th May.