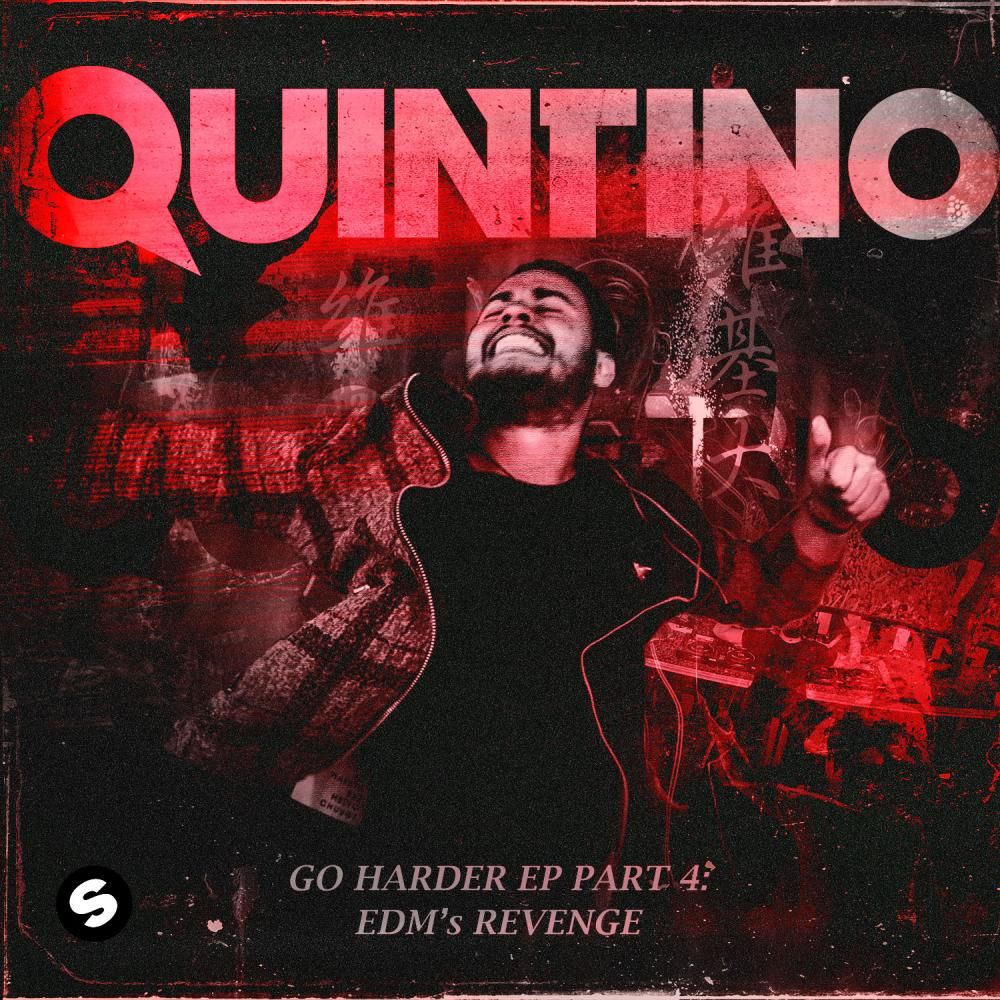 Dutch artist Quintino continues the saga of his Go Harder EP series, now reaching part 4, aptly titled 'EDM's Revenge'. Expect an impressive trip into the producer's world, as he showcases his versatile sound with five raving tunes, including teamups with Mightyfools, Alvaro and nFix & Candice. Out now on Spinnin' Records!

Things have been evolving impressively for young buck Quintino. In recent years he's been releasing hit records like 'Escape (Into The Sunset)', 'Aftermath' (another 'epic collab' with Sandro Silva) and 'Devotion' (scoring major DJ support and millions of YouTube views), while playing major festival gigs all over the world.

After teaming up with fellow Dutchman R3hab in 2016 for the hit tune ‘Freak’, the guys got together again last year for one of the biggest party tracks of 2017 with 'I Just Can't', counting over 56 million Spotify streams by now

In the meantime, while dropping major festival hits and performing mainstages all over the globe, Quintino kicked off the exciting Go Harder EP series in 2016, a musical playground where the DJ/producer released every sound that defines him, ranging from raving electro and house to bubbling and cool trap sounds – supported by some of the biggest DJs out there.

'Go Harder EP Part 4: EDM's Revenge'
After delivering last year's Part 3, a six-track EP given the much promising title 'Do Or Die', Quintino now lets the saga continue in 2018. With the promising title 'EDM's Revenge', this fourth episode is a trip into rave heaven, presenting the upwinding party tunes 'Moonrise' and 'Ain't No Party', as well as the Mightyfools collab 'G Thing', which is a dark and twisting piece of electro house mayhem. Also coming up, 'Dem Shots', a blazing teamup with Alvaro, and the raw tune 'Zoo Adventure', which sees Quintion work together with nFix & Candice.