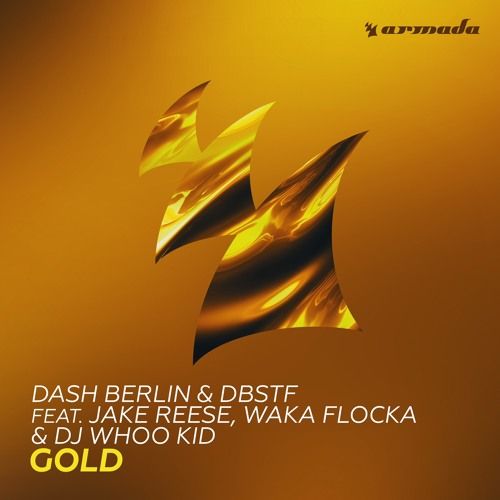 Although the diversity in acts involved in this cross-genre team-up could surprise many, the sheer magnitude of this head-turning collaboration is definitive proof of the flourishing career of Dash Berlin. The world-renowned DJ and producer currently resides on #15 in the DJ Mag Top 100 DJs poll, has provided the music industry with a load of acclaimed singles and remixes in his enduring career, and continually plays the biggest stages in the world. ‘Gold’, for instance, saw its worldwide premiere by Dash Berlin himself at the main stage of Ultra Music Festival in Miami earlier this year.

Waka Flocka, often referred to as Waka Flocka Flame, first broke onto the scene in 2009 with debut single ‘O Let’s Do It’. Other notable singles include ‘Hard In Da Paint’ and ‘No Hands’, of which the latter peaked at #13 in the U.S. Billboard Hot 100. Throughout the years, Waka Flocka has remained one of hip-hop’s major artists, even accumulating over 10 million likes on Facebook in the process.

DJ Whoo Kid has been a staple in the American Hip-Hop community for the last 20 years, working with top talent such as 50 Cent, Eminem, Tupac, Kanye West and more. Currently, DJ Whoo Kid is working on his forthcoming album which will bring together the top names in EDM and Hip-Hop, as well as his weekly radio show on Sirius XM Shade 45 and his newly released clothing line Whoodeo Drive.

DBSTF, the duo formerly known as D-Block & S-te-Fan, consists of Dutchmen Diederik Bakker and Stefan den Daas, who first broke onto the scene in 2005. DBSTF conjured a load of acclaimed Hardstyle smashes before bursting onto the Electro House scene and have been a steady fixture in the annual DJ Mag Top 100 DJs Poll for years in a row, peaking at #40 in 2011.

Dash Berlin: “Together, we’ve created something extraordinary, something we can be extremely proud of. I decided to give ‘Gold’ a trial run at the main stage of Ultra Music Festival in Miami and the crowd’s response was absolutely insane. From that moment, I knew this track was gold.”