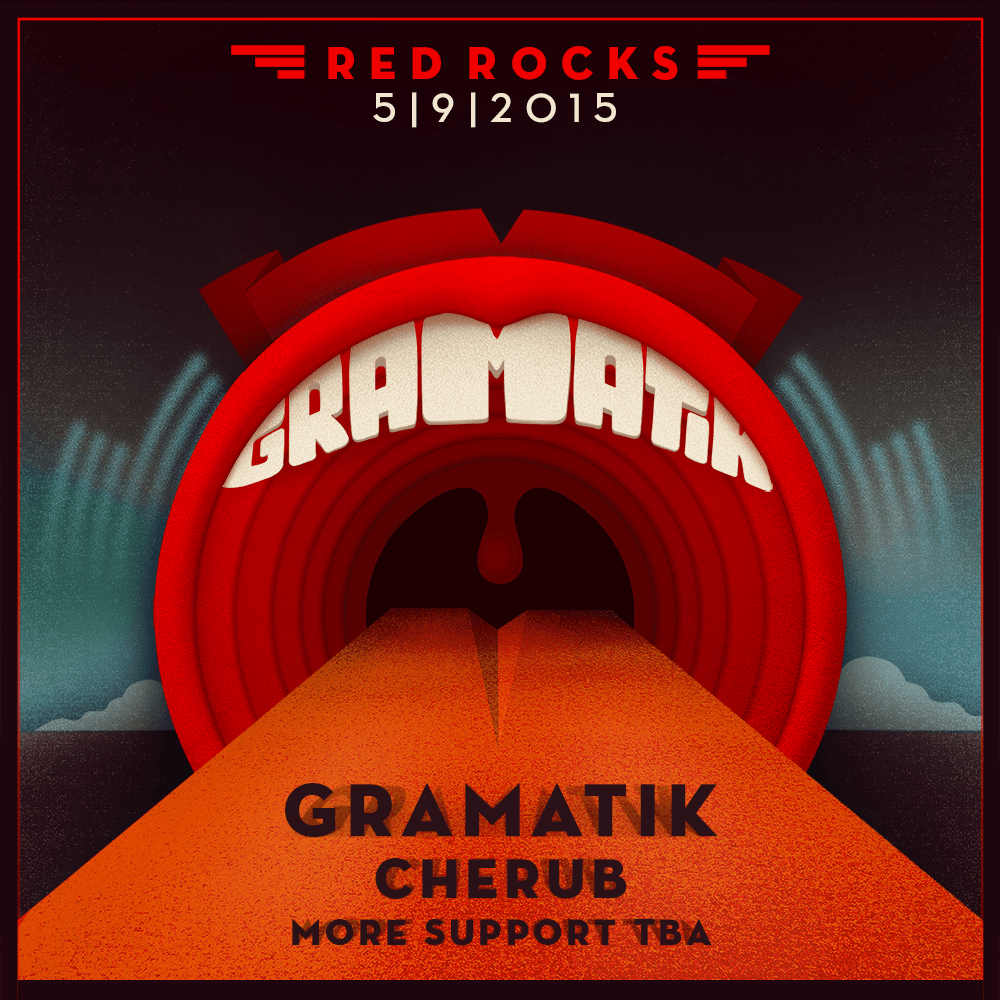 Named 2014’s third most legally downloaded artist on BitTorrent behind Thom Yorke and Diplo, this past year has certainly been one of Gramatik’s most special years to date – but the drive and momentum for the Slovenian producer will hardly stop there. Coming off the hugely successful ‘Leave Your Mark’ tour that took him and his fellow Lowtemp label mates around Europe and the US, Denis Jašarević has today announced that he will be returning to play at the iconic Red Rocks Amphitheatre with special guest Cherub on May 9!

After selling out the famed 9,450 capacity outdoor venue last May, fans will now get the chance to see the funk master once again at this esteemed stage in the Denver mountains. ‘Gramatik Fan Club’ members will have special access to a pre-sale that begins today, while the general public sale will begin on Friday, January 16 at 10am MST. Special guests are to be announced soon!

Having sold out gigs including the acclaimed L’Olympia Hall in Paris, and playing renowned festivals such as Lollapalooza in Chicago and Glastonbury Festival in the UK, the Slovenian DJ/Producer will be taking over New York City’s Best Buy Theater on January 23 & 24 for a special two-night extravaganza. With an all-star nightly line up featuring Goldfish, Haywyre, Freddy Todd and N’toko on Friday night and Slow Magic, Russ Liquid, Marvel Years and Branx on Saturday night, this show is not to be missed.

Kicking off 2015 in high gear, the Lowtemp label head will be also releasing “Lowtemporary Vol. 1” on January 15, a compilation of Lowtemp’s most played tracks of 2014 and some very special never-before-heard remixes. Listen to the full compilation now exclusively via Thump and be sure to grab your own copy on the 15th!