GRAND: THE NEXT LEVEL IN DANCE 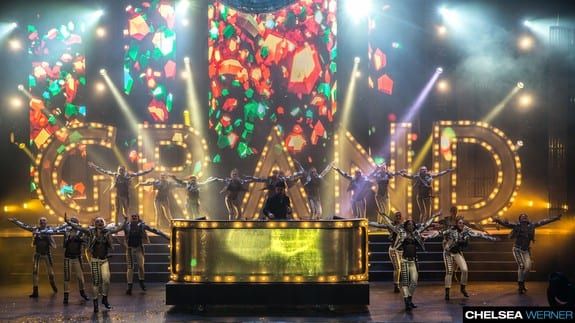 GRAND: THE NEXT LEVEL IN DANCE

On February 5 2015, Fedde Le Grand and RTL Live Entertainment made history. For the first time ever the Royal Theatre Carré opened its doors to a dance act, and to a capacity crowd of 1,200, they pushed the envelope of how electronic music can be performed as an immersive theatrical spectacle. With live vocalists, moving stages, projection mapping and audio-visual effects fine-tuned to three hours of Fedde’s latest hits, GRAND was realised after months of painstaking planning.

Situated deep in the heart of Amsterdam, Royal Theatre Carré is a venue so coveted and steeped in tradition that the countries top promoters, producers and DJs have been imploring to perform at the venue for decades. Fedde, Together with Sjoerd van Schooten, RTL’s Director of Live Entertainment, crafted a vision that would not only honour the venue’s tradition, but to deliver dance music in a way that new audiences old and young could indulge in and enjoy.

Speaking on the opening night about the concept, van Schooten said:

“Royal Theatre Carré is an institution for Dutch people, but I’ve always wanted to push the boundaries of what the space can achieve. We are a city here in Amsterdam that has a deep love of our antiquity, but we are also the leading territory in dance music. When discussing our ideas and plans with Fedde it was like a moment of clarity that this was the special place we were waiting for. I’m so pleased to see it come together right here.”

This synthesis of the old and the new, the meeting of two worlds was the inherent motivation for Fedde from the start. Without having reverence for the venue however, this could not happen. He adds:

“I think lots of people were quite sceptical about what GRAND was at the start. ‘Dance music at a place where I watch plays?’ ‘You’ve got to be joking!’

Even I wasn’t sure it could become a reality. As we planned and things were added on I began to see the way in which we could create a truly dramatic live dance event that people of all ages and cultures could enjoy.”

The thirty-strong Dutch Show ballet, live trapeze acts and a legion of break-dancers were called upon to provide the extra special spectacle of the concert. Guest performances from Niels Geusebroek, Julian Perretta, Denny White, Marcel Veenendaal of DI-RECT and Jonathan Mendelsohn completed the live element of the performance. All compiled by French designer and choreographer Marc Forno, he spoke after the opening night about the process:

“I am very used to putting a show together quickly, but GRAND was a whole different experience. My background is in theatre; I knew nothing of dance music! Although after my meetings with Fedde it all started to make sense. I could see how the music was as emotive and as consuming as a production so the costumes, the dances and how we were going to interact the old venue with the new records all made sense.”

With this intial 6 date and sold out run completed, Le Grand has truly moved the goal posts in terms of what can be done when combining theatre with modern day dance music. With plans to take the show Worldwide in the works, fans across the globe will soon get the chance to catch GRAND. A show that has to be seen to be believed.