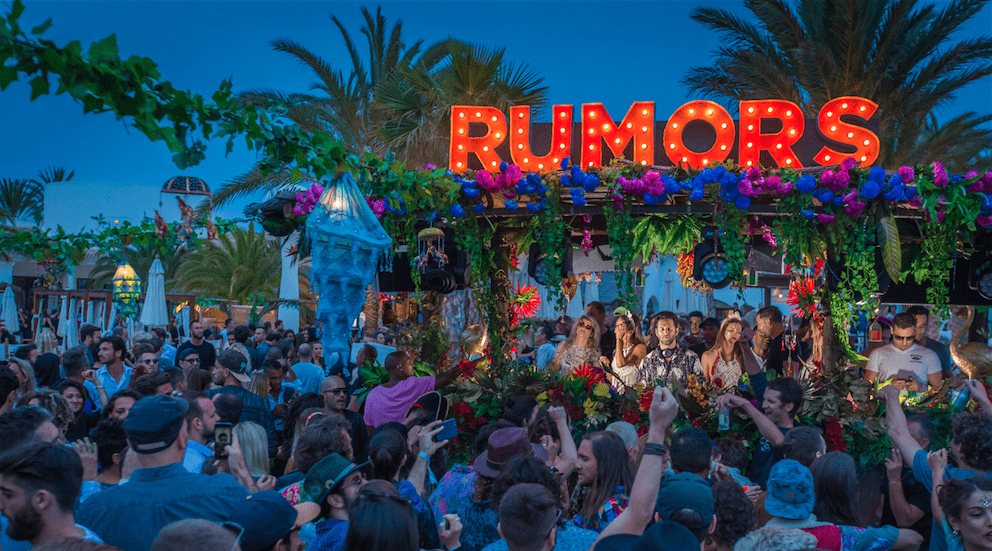 Renowned DJ, producer and label owner Guy Gerber’s famed RUMORS event series has returned to the luxurious Pacha resort Destino for another unmissable residency and is picking up pace as we head into the busy June part of the Ibiza season.

The first two parties were a runaway success, with RUMORS favourite Bill Patrick and Parisian artist Cesar Merveille joining Guy to play to a packed out and newly decorated venue. With dynamic extended performances in the picturesque sunset setting that the Talamanca-based hotel is known for and colourful souk-like décor, the event exudes an exotic feel unlike anything else on the island.

Each evening is comprised of two to three artists, evoking the atmosphere of the traditional Ibiza events where there are no headline acts and the artists have the freedom to play longer sets in a relaxed atmosphere. This year the design has changed to maximise the stunning clifftop landscape, truly capturing the essence of the Balearic island.

Whilst RUMORS Ibiza has stayed true to its ethos and nature since its 2014 conception, the event series has now expanded into a globally successful brand. It holds sold out shows at BPM, Miami Music Week and huge London venue Great Suffolk Street Warehouse, as well as more relaxed affairs in idyllic destinations like Sardinia, Mykonos and Tel Aviv. Most recently, Guy took over LA’s Chinatown alongside DJ Harvey for a very special edition of RUMORS.

Guy Gerber thrives on confounding expectations – with him at the helm, RUMORS looks set to remain the go-to pool event for those wanting to experience a different side to Ibiza.