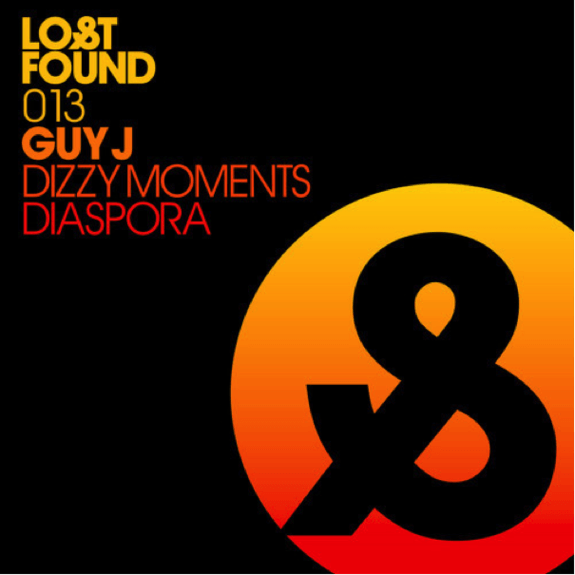 From the progressive, ethereal swirls of Dizzy Moments to the deep, moody and much tougher soundscapes of Diaspora, this exceptionally conceived and beautifully crafted release is available to buy from Beatport now.

What’s more, for the first time in the label’s history, 250 copies of this release have also now been made available in limited edition vinyl format.

This release rounds off what has been a spectacular start to the year for Guy J. Having touched fans with mesmerizing sets in no less than 5 continents, this first quarter has seen Guy take Lost & Found from strength to strength across the globe, with resoundingly successful label parties in numerous cities worldwide. From Toronto, Canada and Paris in February, to Miami Music Week in March and London’s Ministry of Sound this past weekend, Guy continues to showcase his stunning musical ethos to an ever-growing number of appreciative fans from all corners of the globe.

Showing absolutely no signs of slowing down whatsoever, be sure to expect much more of the same from Guy in the weeks and months to come. With roughly one release per month scheduled for the label, a whole slew of international tour dates (full details below) and the announcement of a huge project set for this summer, 2014 is shaping up to be Guy’s most prolific and successful year yet.