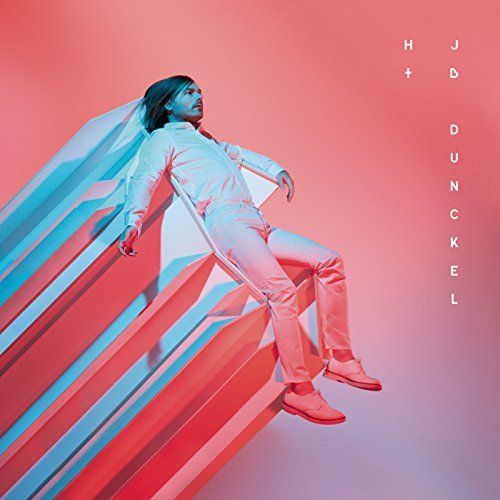 It’s been 20 years since JB Dunckel (aka Jean-Benoît Dunckel) re-invented the romantic French chanteur as one half of Air, the sensuous duo whose love of vintage instruments and classic pop first captured the world’s attention with debut album ‘Moon Safari’. Going on to soundtrack Sofia Ford Coppola's film ‘The Virgin Suicides’ and release a further six albums, collaborating with renowned countrymen such as Phoenix’s Thomas Mars and early electronic music pioneer Jean-Jacques Perrey, they’ve earned their place as one of the most influential French bands of this century.

It’s no coincidence then that Valentine’s day heralds the release of ‘Love Machine’, Dunckel’s new single from his forthcoming solo album ‘H+’. Created from improvised sessions with French artist Jacques Perconte, Dunckel’s instantly recognisable analogue bass is accentuated by shimmery layers of dreamy, hazy melody, the album awash with his favourite synths, the MS20 and the Arp 2600. He may be older and wiser than two decades ago but the flames of passion remain undimmed, the lyrics a cinematically rendered love letter to a younger woman, portraying him at an age where he joins the oeuvre trail-blazed by the hugely influential Serge Gainsbourg, whose daughter, Charlotte, he produced back in 2006.

If the timeless, enduring nature of love is a recurring theme throughout his career, ‘H+’, released on March 16th, add in a more contemporary viewpoint. Taking its title from the symbol for transhumanism, the movement to augment, improve and extend human life via technology, the refining of his own music-making process has been directed at a similar goal, seeking to induce a blissful state of floating in space via alpha waves of pure pleasure. Previously available album tracks ‘Hold On’ and ‘Transhumanity’ provide a further glimpse of this utopia (represented on the album cover by French design studio Akatre), the repeated motif of humanity and machinery harking back to the influence of Kraftwerk while also imagining a literally undying future.

On ‘H+’ he also reprises his partnership with Lou Hayter, ex-New Young Pony Club singer, keyboard player and collaborator in their project Tomorrow’s World, as well as working with various other musicians. Written in the four years since Air’s last album (2104’s ‘Music For Museums’), it’s not his debut solo work, 2006’s Darkel project deliberately choosing a darker path, but is the first time Dunckel's explicitly built on the group’s aesthetic, underlining how his emotionally driven and classically trained musicality have been at the heart of the project.

The soundtrack to a world still being dreamed into existence, it follows actual soundtrack work in recent years for Fabrice Gobert’s ‘K.O.’, Olivier Babinet’s ‘Swagger’ and Alanté Kavaïté’s ‘Summer’, the latter of which won an award at Sundance Film Festival.