Hardwell to stream live in VR 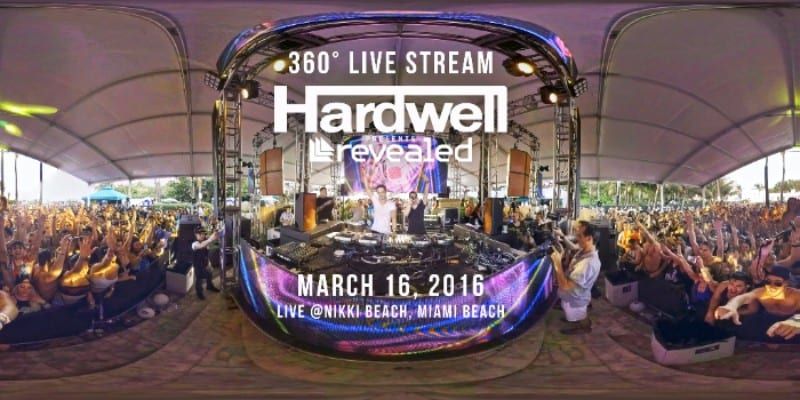 Hardwell to stream live in VR

Today Hardwell announced that fans around the world will be able to experience his Miami Music Week performance at Nikki Beach on March 16 with his famed Hardwell Presents Revealed live in VR and 360 video exclusively on Littlstar, the premier global network dedicated to immersive virtual reality and 360 video. Hardwell’s performance will be the first EDM event to be streamed live in VR and 360 video, and the first-ever live stream event available on all VR headsets, iOS, Android, Apple TV and the web.

Hardwell and his award-winning imprint Revealed Recordings are always one step ahead of the curve, and are now welcoming fans all over the world to join him on a fully immersive 360 live stream. By using future-forward equipment rigged with a multitude of cameras and visually stimulating additions, fans will be able to feel like they are on stage with Hardwell, standing right there in the DJ booth during his set at Nikki Beach in Miami Beach.

Following the news that Hardwell has become one of the most nominated artists in the annual International Dance Music Awards (IDMA’s) in Miami, with an incredible twelve nominations including nods for ‘Best Solo Artist’ and ‘Best Global DJ’ amongst others. Hardwell is once again reaching above and beyond, pushing further the experience for fans to enjoy his music and embrace the experience and culture of electronic dance music from the dancefloor to the home.

The Hardwell live stream event will be made possible by VBR, LeaseWeb and Littlstar. VBR, a virtual reality broadcasting company based in Amsterdam and a part of Scopic, is providing a state-of-the-art 360 camera, equipped with two fish-eye lenses that can stitch footage on the spot delivering a UHD stream. This allows people from all over the world to virtually attend Hardwell’s show; a first at any electronic dance music event so far. LeaseWeb is providing the CDN for the live stream. LeaseWeb’s proprietary content delivery network (CDN) and globally-distributed data centers minimize latency and buffering, while dynamic traffic bursting and adaptive bitrate streaming guarantee the best possible viewer experience. Hardwell's live stream performance will be the first live stream event on Littlstar, the premier global network dedicated to immersive virtual reality and 360 video.

Fans can get an idea of Hardwell’s immersive live stream experience in a VR promo video released today on Littlstar. On March 16, fans can watch Hardwell perform at his iconic Hardwell Presents Revealed party live through Littlstar on all VR headsets, iOS, Android, Apple TV and the web. For more information and to stay updated visit: DJHardwell.com/360.