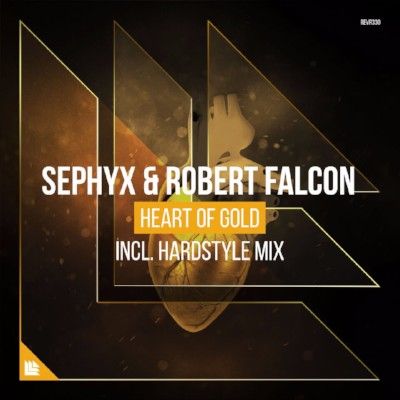 Sephyx & Robert Falcon are no strangers to Revealed Recordings, and the pair return to the label once more for their first collaborative effort on ‘Heart Of Gold’. Sephyx’s previous release on Revealed, the massive ‘Lights’, opened up many doors for theDutch-born artist and was supported by the likes of Blasterjaxx and VINAI, while Robert Falcon’s debut Revealed release ‘Kartel’ came on Revealed’s latest hugely successful Festival EP compilation.

For their debut collaboration, the team pair up and showcase their diversity by providing two alternative cuts of ‘Heart Of Gold’, both demonstrating their unbound studio prowess in the process. The first version is a progressive number, full of electronic swells that punctuate a luscious, instantly memorable vocal that takes the record to thenext level. Add to the mix beautifully pitched vocal stabs and signature progressive synth hits and the result is a perfectly balanced, hands-in-the-air anthem that is set to be a mainstay in the world’s best DJ’s sets for a long time to come.

For fans of the harder persuasion, Sephyx & Robert Falcon cook up a sped-up Hardstyle edit that both pounds and impresses in equal measure. Whilst the second edit retains the main-hook that is the vocal, it is switched up by deep, melodic ripples and full of melodic flourishes that make it difficult to pick between the two versions.

For their first hook-up, Sephyx & Robert Falcon have provided an insight into just why the pair are on everybody’s lips. ‘Heart Of Gold’ is set to catapult the pair into the upper echelons of the dance music pyramid, get it whilst it’s hot when the EP is released, out now via Revealed.