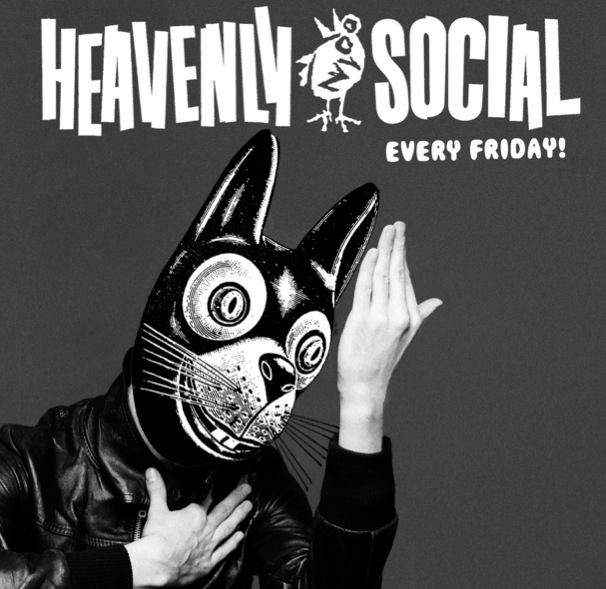 Nearly 20 years ago The Social was born just up the road from our current home on Little Portland Street. Back then, it was a thirteen week run of Sunday evening sessions in the basement of the Albany; glorious chaos, week in week out. The Heavenly Sunday Social was the Chemical Brothers first London residency (they were the Dust Brothers then); support came from the likes of Andrew Weatherall, Tricky, Tim Burgess, David Holmes, Justin Robertson and many others. There was no genre, just good music. Eighteen months later, the Social took over legendary subterranean venue Turnmills (RIP) for three years every week before opening its doors on Little Portland Street in 1999.

With 2014 marking the fifteenth anniversary of the Social and twenty years since the Sunday Social, we thought it was time to throw another weekly party with the same intentions in the ’90s. A party in a basement with music that makes us smile and dance.

The Heavenly Social will take place every Friday night at The Social. Alongside the Heavenly Jukebox there will be a cast of residents who’ll come and play records alongside regular special guests.

We aim to create a new Friday night party in W1 where people meet, drink and dance to an excellent, unpredictable soundtrack played by some of our favourite DJs ever. We’re booking some of the old faces who helped make the original Albany and Turnmills parties so fantastic alongside up-and-coming DJs who embody a proper anything goes attitude. Expect house and disco, reggae and dancehall, hip hop, funk and soul and rock’n’roll and lots more.