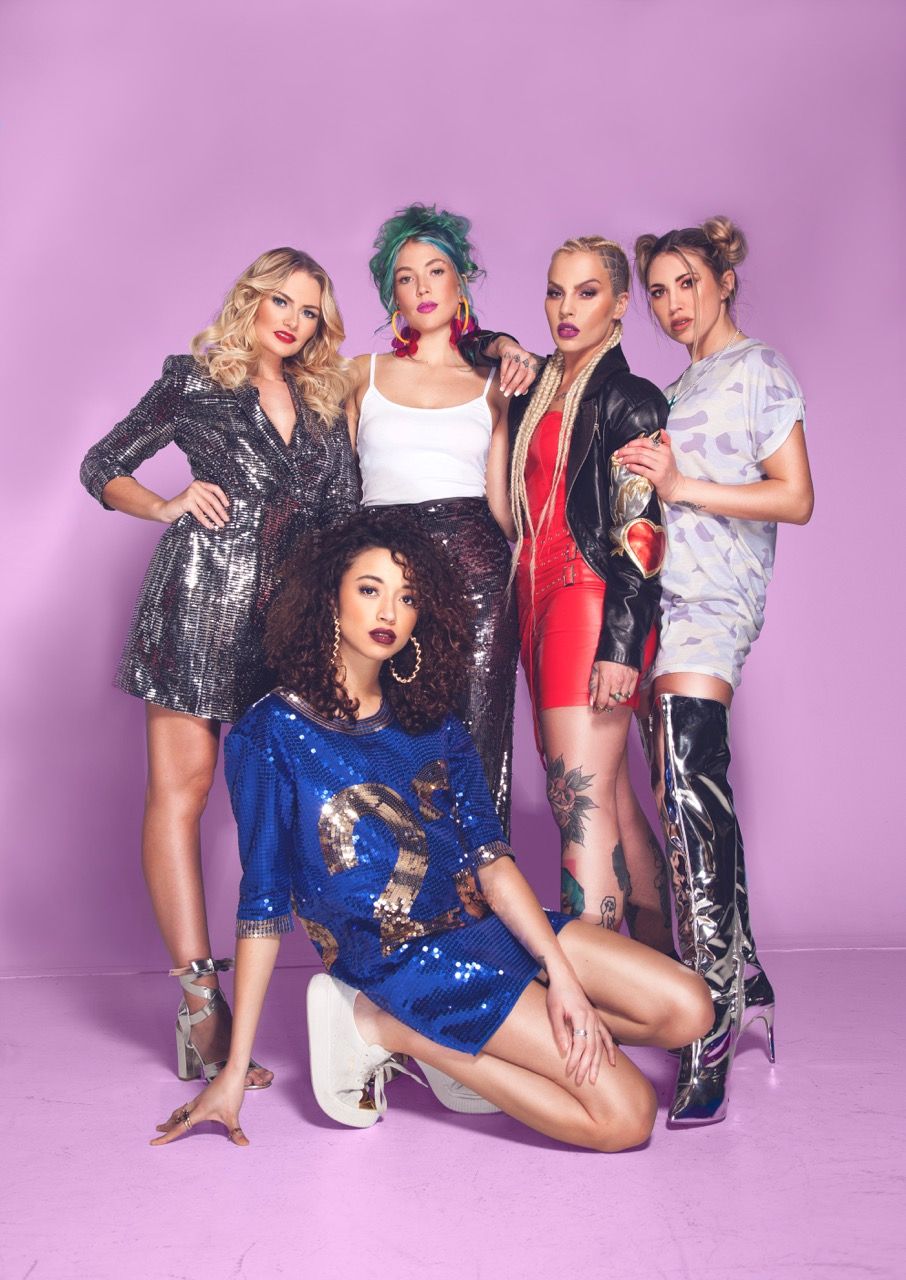 Hedkandi has always been renowned for hosting the most extravagant, uplifting global parties since its birth in 1999. As the brand approaches its 20th anniversary, it proudly presents the next chapter in its illustrious story, which will be fronted by an all-female line-up of five of the most hotly tipped DJs and accompanied by a spectacular 360-degree party experience that fully reintroduces Hedkandi to the world.

These girls embody all things Hedkandi and will be the official ambassadors of this world class brand. Bringing their own unique mix of skills, sounds and sass, they are everything Hedkandi believe in and the team can’t wait for you to meet them.

Jayli has been immersed in sound since she was two, touring with her father who composed for George Harrison and Monty Python. She's a globe-trotting DJ who has supported many big names including David Guetta and Swedish House Mafia. She produces her own exotic, trap tinged and tropical beats, and drops plenty of the same in her immersive sets.

Loéca is already hugely popular with Hedkandi Ibiza regulars thanks to her impressive resident sets. Now a regular everywhere from Es Paradis to Ocean Beach Club, she will forever be a dancer at heart so understands what it takes to keep a club engaged, and this shows in her broad mix of house styles, from vocal to soulful to piano laced and euphoric.

Lucid Stannard is founder of and resident at female-centric Womb 2 and Lucy’s Disco, so has long been flying the flag for women in music. Brought up by a party DJ father and disco queen mother in Singapore, surrounded by many cultures, colours and sounds, this is reflected in her superbly electric DJ sets.

Siggy Smalls brings untold style and sass to everything she does. A regular radio host who is always on the search for the freshest disco and vocal house, she is now a real authority in the scene who has played festivals around the world from Glastonbury to Burning Man to Tomorrowland. Siggy is a skilled studio producer with backing from kingpins like Rudimental and Roger Sanchez, so expect lots more from her in the near future.

Storm, the London born but Florida bred DJ who has an effortlessly transatlantic sound that has made her resident at Soho House and Nobu Hotel, various fashion parties
and XOYO. She is a fearless DJ who mixes up classics future gems, disco and plenty in-between.

Because of their deep knowledge of their respective sounds, the ambassadors have also been enlisted by Sony to put together themed Hedkandi playlists. Loéca will front the brand's spiritual home sound – Ibiza, Jayli focuses on Tropical sunshine beats, Lucid Stannard takes care of Anthems that have been such an integral part of the Hedkandi story, and Siggy Smalls offers up one of Hedkandi’s most recognised sounds – Beach House. Last but certainly not least, Storm will take you to Disco Heaven. Hedkandi will also be back on your airwaves with their global radio show, hosted by the Hedkandi collective.

Production will be a huge part of the new look Hedkandi events. There will be the famous focus on details, immersive entertainment, live acts and the uplifting house soundtrack the brand is known and loved for worldwide. Couple that with the most fabulous house music crowd and Hedkandi are set to take back their crown. This will be an escapist experience like no other.

2018 sees the launch of Hedkandi’s new live brand, ‘Kandi Karnival’. It’s Coachella meets Ibiza in an explosion of glitz, glam, and the biggest Balearic house beats. With a series of launch events planned across the world, from London to Miami and way beyond, their flagship residency at Ocean Beach in Ibiza opens on May 28th and runs every Monday throughout the summer featuring all of the DJ ambassadors.