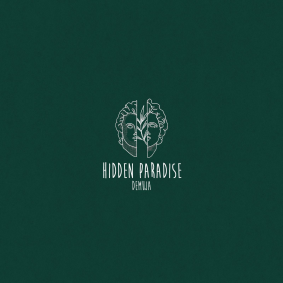 Late May will see Austrian producer and DJ Demuja deliver his debut album ‘Hidden Paradise’ via his own MUJA imprint.

Demuja, is a producer and DJ hailing from Salzburg on the Austria/Germany border and over the past five years he’s been carving out his own unique approach to raw, soulful house music via imprints like Let’s Play House, Jimpster’s Freereange, Kerri Chandler’s Madhouse, DJ Steaw’s recently launched House Puff and of course his own MUJA imprint which he returns to here for his inaugural album.

Demuja also traverses through a broader spectrum of his inspirations within the album via contributions in the field of Hip Hop with ‘Can Defeat’, featuring Texas based rapper Anti-Lilly, the Dub Reggae feel of ‘Trippin’, the high-octane Jungle/Drum & Bass energy of ‘Ladies’ and the 303 fuelled Acid vibe of ‘(Never) Put The Light On’. The digital release of the album will also feature four bonus cuts which didn’t fit on the vinyl release. All in all Demuja’s debut album flawlessly offers the listener a snapshot of his inspirations and experiences over the years, showcasing his musical palette perfectly.