Hot Since 82 – A Labyrinth Story: full line up announcement 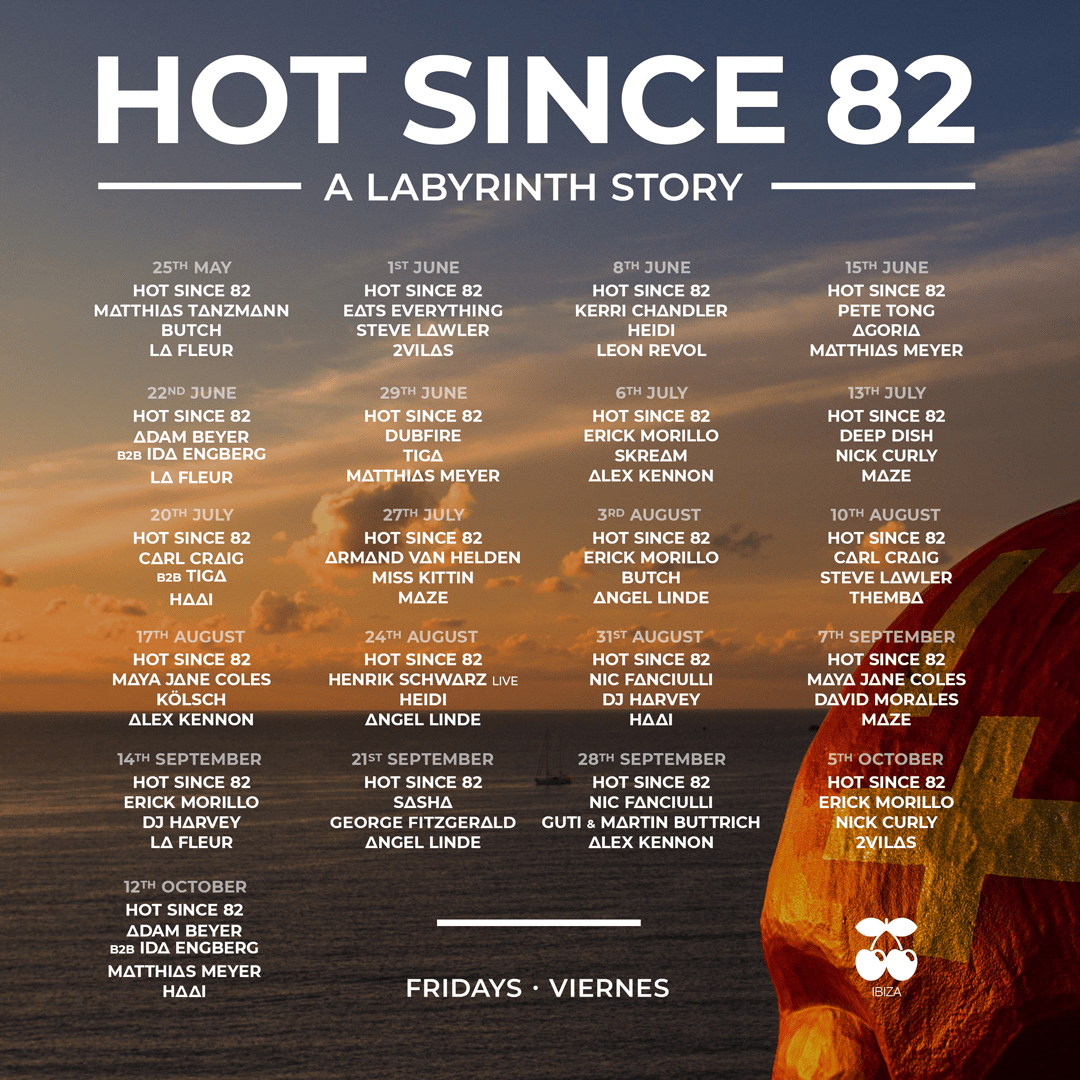 Hot Since 82 – A Labyrinth Story: full line up announcement

Hot Since 82 made Ibiza history on Friday, becoming the first DJ to play the newly renovated and hotly anticipated Pacha Ibiza. After much speculation over the new direction, layout and future of the club, islanders, fans and tourists alike were delighted to see it remains the heartbeat of the island and hasn’t lost a drop of it’s charm.

What better way to kick off the summer than with an all night long set from one of their very own. Hot off the heels of his marathon set, Hot Since 82 has now unveiled who will be joining him in the (new) booth this summer as part of his Labyrinth story, every Friday at Pacha.

Disco to house, tech-house to techno. Labyrinth is a party that’s always given Daley Padley (HS82) the opportunity to widen his music horizons and throweverything in to the mixer. The expanse of music and lack of boundaries reflecting a Balearic ethos true to the island’s history

The likes of Adam Beyer, DJ Harvey and Maya Jane Coles return and join new additions like Kerri Chandler, Henrik Schwarz and Deep Dish reforming to get lost in the labyrinth for the first time! There’s also the opportunity to showcase some of the more underground tastes, most notably HAAi joining as a resident, whom Daley happened to be blown away by recently at an Amsterdam after party and immediately asked to join the team.

Get your tickets now via www.pachaibiza.com.