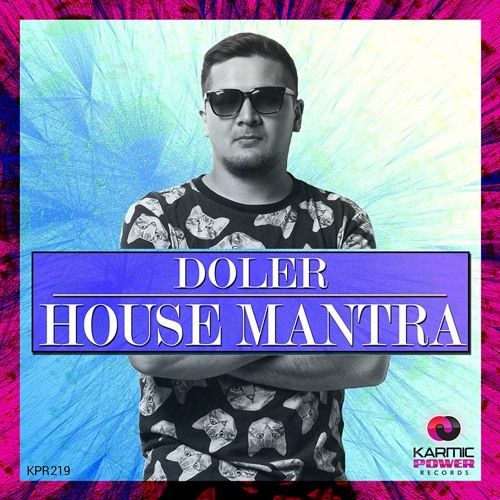 Mantra House is a funky house dub style track with a driving piano riff. Chunky and groovy is the flavor and Doler is the producer who put this together for your sets. A top producer in the funky house genre music and one to be watched.

Doler born on July 19, 1988 in the small village of Verbilki in Russia, where she lives to this day. Since childhood, Doler loved composing. 18 years Doler first stood behind panels in the local House of Culture. There are local DJs showed him the program for writing music FL Studio. Ever since Doler begins to write music in the style of house and techno. Сurrently pays great attention to the sound tech.

The same experiment with minimal and techno. 2009 Doler with his brother Farid begins to organize a party with an open house and techno music, attracting more and more fans.

in 2013 he and his brother decided to create a promotional group called CONCEPT FAMILY – the main direction was the European groovy tech house. In 2014 Doler released its first official release on ULYSSE RECORDS. Composition '' HOT IN HERE '' breaks the clubs of different cities to this day. After Doler released on labels like AZALIA RECORDINGS, Verform Records, Finn Records, 2B Records, Minim.All Records.

Doler committed to European sound – is not peculiar to the Russian club scene. ''I write music for people who like to hang out just fine''