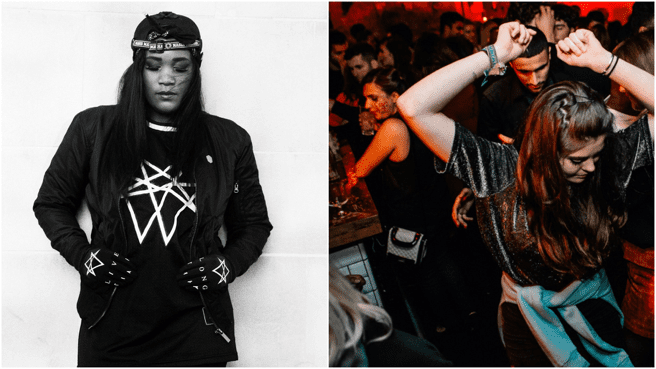 Saturday 8th October will see the launch of Cooly G’s new bi-monthly club night ‘Audiophile’ at The Book Club, Shoreditch. Placed within the UK Funky scene, Cooly’s production goes that bit deeper and nearly always has a dance floor ready bassline. She’d impressed long time East London promoters Redshift with her sets for them at their sold out nights ‘Session’ at Queen of Hoxton so when the opportunity arose to offer Cooly her own night at The Book Club they didn’t hesitate.

“Redshift hit me up asking if it was something I’d be up for, and that week I’d been talking about wanting to put on a decent club night anyway…so now I get to bring all my friends down and book artists I wanna hear”.

For the launch night, Cooly has invited Scratcha DVA who will play back 2 back with Ikonika for the launch under their joint project Avamix, with dancehall and hip-hop sliding effortlessly into Grime and UK Funky. Avamix recently did a guest mix for The Fader on Soundcloud which can be listened to here:

The line up doesn’t end there and Cooly has a huge special guest confirmed for the launch which will be announced over on the Facebook event closer to the time.

Cooly G and Avamix are open to mix and feature requests around this, please let me know for requests

Cooly G aka Merissa Campbell, is a South Londoner who produces, sings and DJ’s and who has released on Hyperdub Records for the last 5 years. Along the way she’s remixed artists such as; Neneh Cherry, The Knife, Speech Debelle and Zero 7.  Her productions have garnered support from DJ’s such as Annie Mac and Benji B.

Cooly’s music exists in its own hinterland, her two highly lauded album releases, ‘Playin Me’, recorded without any frills in her home studio, simultaneously recall a legacy of black British music, filtering the female pressure and reggae lilt of Lovers Rock’s kitchen sink dramas, the sweet seduction of 80’s Quiet Storm, through to bitter-sweet synths, polyrhythmic dub decay of early jungle and tough tribal drums, while 2014’s ‘ Wait Till Night’ slowed the pace down, with a sexy mix of R & B and trap beats, drawn through smokey South London dub.

About The Book Club

The Book Club has been responsible for some quality club programming over the years with some of the hottest names in electronic music, including Modeselektor, Andrew Ashong, Horse Meat Disco, Jackmaster, Daniel Wang, Roots Manuva and Braiden. The Book Club has also pushed the boundaries of cultural event programming with immersive film experiences, NYC-inspired raconteur parties, comedians, screen-printing workshops, panels and far too many other activities to mention.