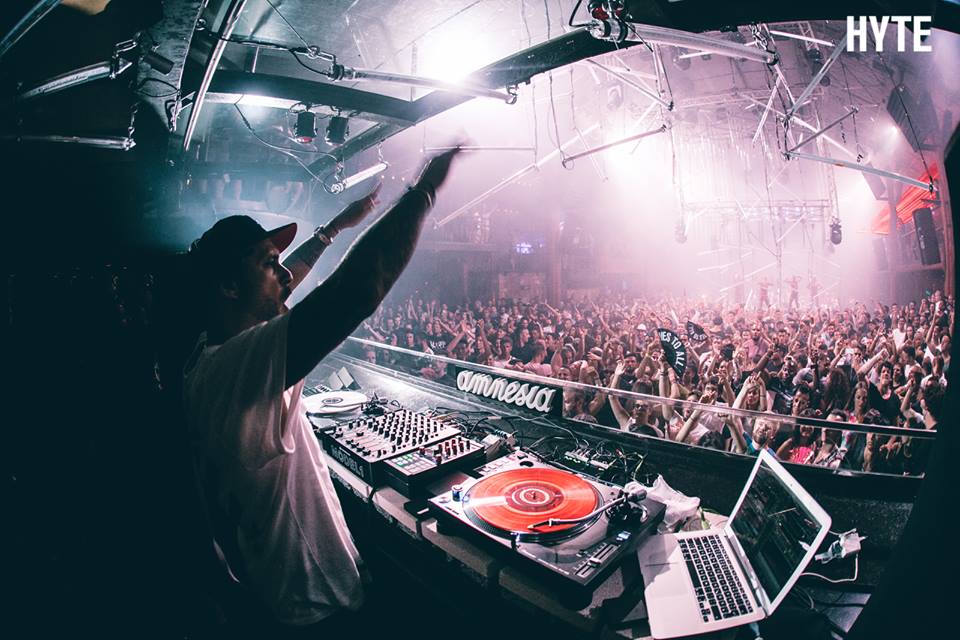 After a two-year love affair with the magical island HYTE returns to Ibiza for a third season with demands for MORE. With a hunger that consumer everything we said YES TO in 2016, an insatiable appetite has grown as we prepare for 16 weeks at one of the world’s greatest clubbing institutions, Amnesia. More of the finest selectors from around the world. More resident DJs at the forefront of underground electronic music. More countries, races and ages together under one roof. More original flavours of Ibiza with the hedonism of the early days of rave. More sounds of the future. More musical discoveries, more afterparties, more seeing the sunrise. More drowned in sound and swallowed in ecstasy. Yes To More.

HYTE returns to Ibiza’s Amnesia every Wednesday this summer kicking off with a Pre-Opening Party on 31st May featuring the mighty trio of HYTE residents Loco Dice, Chris Liebing and Pan-Pot, who all return in force for multiple dates throughout the summer. Additional members of the HYTE resident family include one of Holland’s finest DJ exports Benny Rodrigues, Enzo Siragusa – the Londoner who has exploded into 2017 with his exceptional selections and distinctive production sounds of rolling bass lines and infectious grooves, and Cuartero – the young Spaniard who has been rising through the ranks in the last few years to become one of Europe’s brightest new talents.

On 28th June the season kicks off proper, with Loco Dice joined on the terrace by Masters At Work icon Kenny Dope and Bambounou, and Chris Liebing heading up the Club alongside Holland’s Steve Rachmad and Cuartero back-to-back Mar-T, who also appears for an additional five dates throughout the season. As always, HYTE enlists a selection of house and techno stalwarts for the season; New York veterans Erick Morillo and Danny Tenaglia both make special appearances, and Robert Hood brings the original flavours of Detroit techno as well as his deeply soulful and infectiously groovy Floorplan LIVE alias.

A technical masterclass comes in the form of Dubfire and Chris Liebing as they go back-to-back on the terrace on 27th July. Musical maestro and house veteran Henrik Schwarz joins the bill for three nights, including an Ibiza premier of his new techno set.

After an explosive HYTE season last year, Enzo Siragusa returns with his London label and party brand FUSE for four dates in the Club. Seb Sito, Archie Hamilton, Rossko, Rich NxT, DeWalta and Cristi Cons all feature throughout the season.