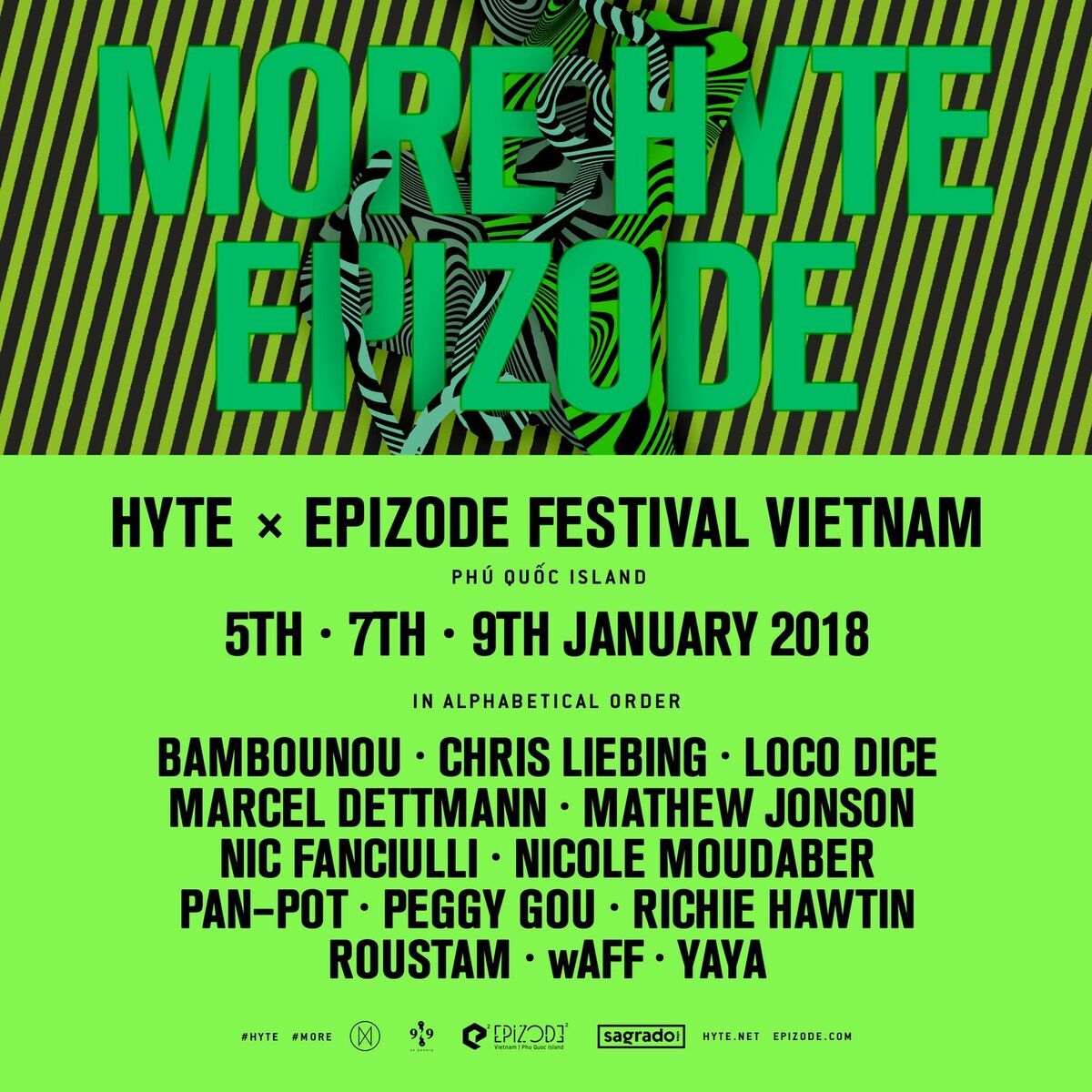 The both visually as well conceptional stunning Epizode Festival 2017/18 in Vietnam is continuing to make itself the most essential musical festival experience out there by announcing that the highly acclaimed festival brand HYTE will be hosting their own stage at the festival. HYTE adds some heavy-weight names to the line-up, such as Loco Dice, Chris Liebing, Richie Hawtin, Pan-Pot, Marcel Dettmann and many more.

Epizode Festival takes place on Phu Quoc Island in Vietnam from December 31st to January 10th 2018, HYTE is taking over the main stage for three days of the festival, January 05th, January 07th and January 09th 2018. Epizode is without a doubt a one-of-a-kind festival: Dance ’til dawn under the stars, bath in hot sun and world class beats all day and explore the tropical paradise in which it all takes place. Add in amazing party locations, delicious local cuisines, white sand beaches and stunning sunsets and you have a festival like no other.

HYTE being part of Epizode Festival is a real game changer for the Asian scene; it is the very first appearance of the Berlin based underground electronic music brand in Asia ever, and it is the first time a promoter of this magnitude has done a special festival stage take over, as it will bring plenty of world renowned names to the region. Those include heavyweight headliners like Desolat head honcho Loco Dice, techno titan Chris Liebing, Minus label boss Richie Hawtin, Berghain Resident Marcel Dettmann, Techno lovers’ favourite Pan-Pot duo plus many other big names out of the worldwide techno superstar circus, such as Nicole Moudaber, Peggy Gou, wAFF, Nic Fanciulli, Mathew Jonson, Yaya, Bambounou and Roustam. These new additions brought by HYTE round up the already existing amazing line up of Epizode Festival, including headliners such as Carl Cox, Dixon, Âme, Guti, Dubfire and Luciano.

After each three of the HYTE stage take over days there will be special sunrise after parties that will be truly magical: As you see the sun appear as a ball of fire on the horizon, warm blue ocean washes over your feet and the serenity and tranquility of it all will make for a truly once in a lifetime experience.

HYTE is well-known for its headline making festival and warehouse events in New York, Miami, Amsterdam, Berlin and many other places in the world. Not to forget, their massive weekly events at Amnesia Ibiza, which are an integral part of the nightlife of the party island. They bring with them a serious party know how and attention to detail that makes them one of the most reliable brands in the underground electronic music scene.

HYTE is the latest addition to an already unique festival which is in a stunning location, with various bespoke and unbelievable party locations all set to come alive to some world class house and techno sounds.