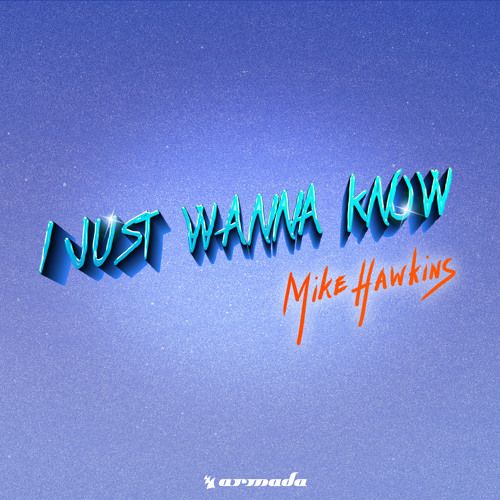 After ‘Follow’ and ‘Louder’, Mike Hawkins dropped yet another single on Armada Music past Friday. ‘I Just Wanna Know’ is the third single Mike Hawkins has put out since signing with the Amsterdam-based record company, continuing to venture far beyond the limitations of genres.

Ever since Mike Hawkins decided to partner up with Armada Music in April this year, the Danish Electronic Music star has been putting out rock-solid records on a regular basis. From ‘Follow’ with Disfunk and Oisín to ‘Louder’ and now ‘I Just Wanna Know’, the maturation of Mike Hawkins as an artist has been turning heads in the music industry, mainly because his diverse sound continues to bring something unique to the world of Electronic Music.

Set to fuel the hype for his latest single even further, Mike Hawkins decided to host an exclusive ‘Ask Mike Hawkins Anything’ Q&A for his fans. The answers to the plethora of questions sent in by his fans will be revealed today.