Yuga & Mr. Saccardo - I Wanna Dance With Somebody 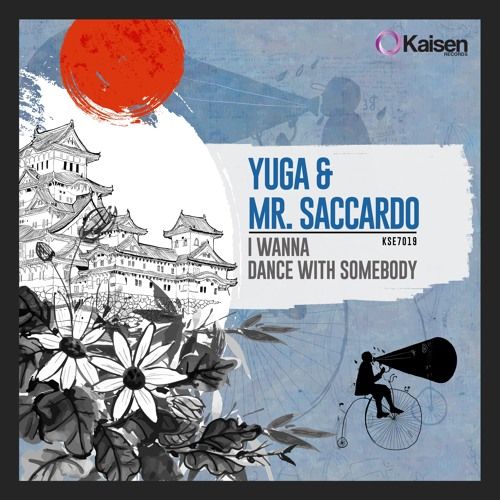 Yuga & Mr. Saccardo - I Wanna Dance With Somebody

Since his explosion into the world of Dance music, Italian DJ and producer Yuga’s rise to international stardom has been nothing short of mesmerising, thanks to his perfectly crafted studio bombs and energetic highly sought after DJ sets. Known in the scene as Tradelove before his change of alias, Yuga is the mastermind behind many Beatport chart hitting records including: ‘Get On It’, peaking at no. 15 in the overall chart and no. 6 in the House chart, ‘Get You’, peaking at no. 83 in the House chart, and ‘You Got The Love’, which peaked at no. 45 in the overall chart, no. 13 in the House chart, collaborating with legendary vocalist Candi Staton on the latter.

Yuga’s latest offering comes in the form of ‘I Wanna Dance With Somebody’, a 2016 take on Whitney Houston’s iconic Pop record. Collaborating with Yuga is fellow Italian and London based artist Mr. Saccardo, who has been causing huge waves within the electronic music scene. Full of groovy beats, hard hitting FM bass-lines and mind-blowing vocals, ‘I Wanna Dance With Somebody’ has all the required elements to make this Future House thriller a peak time anthem – a must have for any DJ’s record box.

It was only natural that ‘I Wanna Dance With Somebody’ would be released via Yuga’s very own imprint Kaisen Records and will see Mr. Saccardo make his debut on the label. Armed with an impressive roster of artists that include stellar names such as Mark Ursa, ITSPAGE and Liquid Cosmo, it’s no surprise that Kaisen Records has gained a reputation as one of the industry’s most exciting emerging labels. ‘I Wanna Dance With Somebody’ is out now and its release will see both Yuga and Mr. Saccardo’s rise to the top of the Dance music scene continue at rapid pace.