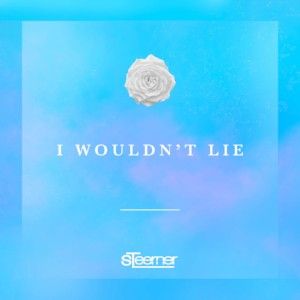 21 year old, Swedish producer and DJ, Steerner has teamed up with the team at Universal Music Group to present ‘ I Wouldn’t Lie’ . Armed with playful synth patterns, a deliciously catchy dance-floor beat and powerful vocals, the track exemplifies everything your summer Spotify playlist needs. Following his first release from Universal Music Sweden, ‘Nowhere’ , Steerner has garnered a significant amount of traction in producing official remixes for Miguel’s track ‘Remember Me’ from Disney/Pixars COCO and The Chainsmokers smash single ‘Everybody Hates Me’ .

Having achieved an extraordinary amount of streams on Spotify through multiple releases, Steerner has earned support from the likes of Avicii, Sub Focus, Tiesto, Adventure Club and more. Constantly pushing a feel-good, profoundly melodic vibe, Steerner combines his production work with live shows and is quickly growing a reputation with his electrifying performances. Having shared the stage with act's such as Dada Life, Knife Party, Nari & Milani, Dimitri Vegas & Like Mike, Mike Hawkins, Blasterjaxx and Hard Rock Sofa , Steerner looks ahead to a highly promising 2018 with every release. Stay tuned for the birth of a future star.